Ford government to announce $28.5B in transit funding for GTA 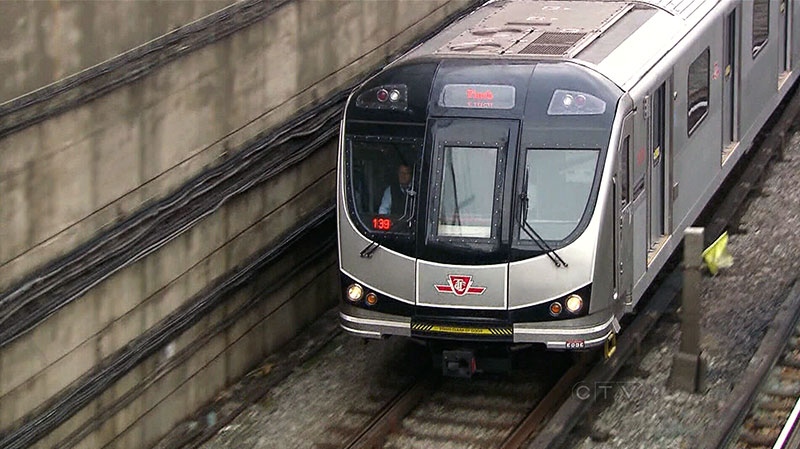 TORONTO -- The Ontario government is set to announce $28.5 billion in funding to build transit in the Greater Toronto Area, with a detailed plan to be unveiled Wednesday.

Premier Doug Ford highlighted the upcoming announcement during an event in Burlington, Ont., on Tuesday but gave no further details about the timeline for delivery of the projects.

"It's going to be $28.5 billion that we're looking to invest in Ontario to get people moving from Point A to Point B, and that's just the transit side," he said, adding that the plan will address the province's highways as well.

"We have some fabulous ideas for the QEW and the Gardiner as well as the 401 because not every single person hops on the subways."

The Progressive Conservative government has said its priority project in Toronto will be the development of a downtown relief line to ease congestion on city's current subway system -- a project estimated by city staff to cost $7.2 billion.

Ford has promised to upload responsibility for Toronto's subway system, including all future projects, to the province. The Toronto Transit Commission would retain the day-to-day operations of the subway, buses, and street cars, and the city would keep fare box revenue.

The premier has said the TTC has done well in operating the system but he believes the province can build subways more efficiently. The province could use its broader regional transit planning powers and fiscal flexibility to deliver the projects, he has said.

The province and city are negotiating the terms of the upload, a process that is still ongoing despite of the impending announcement from the province, Transportation Minister Yurek said Tuesday.

"We're both headed in the right direction," he said. "We both agree gridlock isn't helping the city of Toronto and the GTA. We both agree we need to expand the subway (system). We're on the same page."

But Toronto Mayor John Tory said he will not be attending the announcement Wednesday because he doesn't know what the province plans to unveil.

"I just don't think it's prudent for me as the head of the council and the mayor of Toronto to go to announcements where I'm not fully informed and stand there because my appearance there can lead to the impression that I support the announcement," he said.

Tory said the city continues to be concerned that any changes in its transit planning could lead to delays.

NDP Leader Andrea Horwath said the province's transit plans are "highly irresponsible" and will set the city back by creating further delays.

"We see a government in office at Queen's Park that thinks it's OK to throw out hundreds of millions of dollars worth of transit planning, to throw a bomb quite frankly, into transit systems, making sure that we're not going to see any transit built in the next couple of years because everything is back to the drawing board," she said.