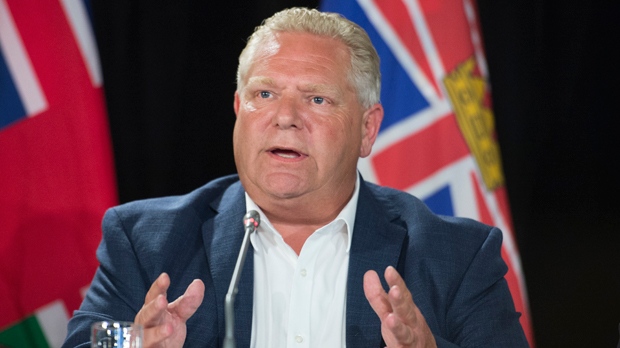 Two of the three judges involved in the ruling said the government violated provincial laws when it failed to consult the public on a regulation ending the program.

In addition to launching the case against the Ford government, environmental group Greenpeace Canada was seeking a formal declaration from the court against the government. However, the judges shut down that request and dismissed the case after their ruling.

In a statement to CTV News Toronto, Environment Minister Jeff Yurek said he is “pleased that the divisional court dismissed Greenpeace’s application for judicial review.”

Ontario’s cap-and-trade system was aimed at lowering greenhouse gas emissions by putting caps on the amount of pollution companies in certain industries could emit.

Ford had long promised to do away with the system during the 2018 provincial election.