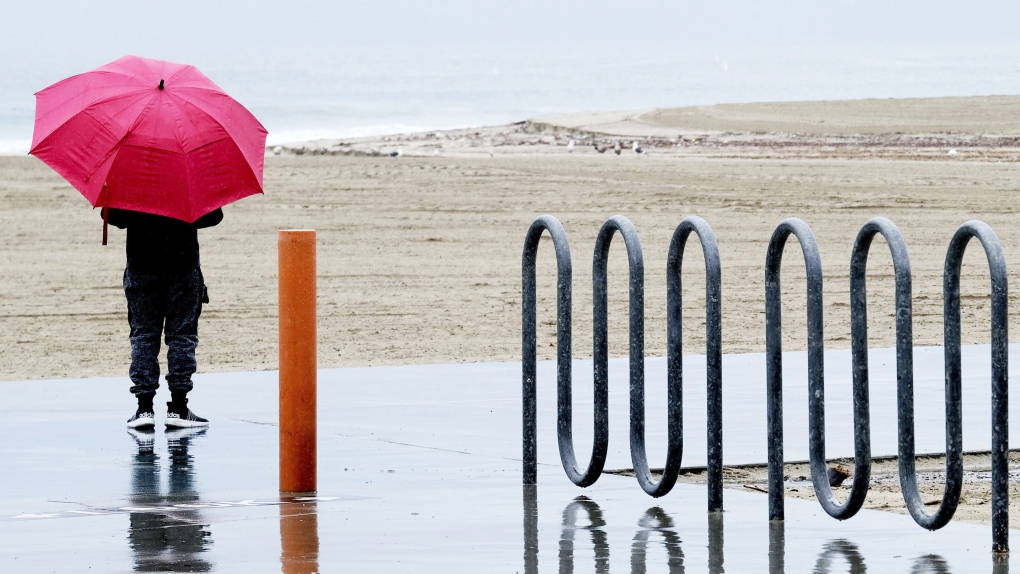 A person is seen holding an umbrella in this undated file photo. (The Canadian Press)

TORONTO -- A flood warning issued by the Toronto and Region Conservatory Agency (TRCA) on Sunday afternoon after significant rainfall fell in the area has been cancelled.

According to the TRCA, the Greater Toronto Area received between 23 and 72 millimeters of rain over the last 12 hours.

With a continued risk of thunderstorms forecasted by Environment Canada for the remainder of the day and into Monday afternoon, the agency decided to issue the flood warning.

The Lower Don River has received 40mm of rainfall in the last 12 hours and is responding with high water levels and volumes,” the warning read. “Due to the amount of rainfall received, all watercourses in TRCA are flowing higher and faster than normal levels.”

“There is a possibility of flooding to occur near ravine areas and areas that are low lying and next to watercourses. All rivers and streams within the GTA should be considered dangerous as the rainfall received makes its way through the watercourses.”

A few hours later, the warning was cancelled. The TRA said that watersheds are slowly returning back to normal levels.

"However, due to the significant rainfall amounts received to all TRCA watersheds, soil conditions will be saturated for any additional rainfall received in the next few days."

By Monday night, Environment Canada forecasted a 60 per cent chance of showers.

Rehana Rajabali with the TRCA said that people should plan their routes accordingly and should keep children and pets away from waterways.

“The thing to always remember is that even if the rain starts to taper off, it still takes time for all of that water to make its way through our river systems,” Rajabali said. “It’s also important to not take any drive through flooded roadways.”

The national weather agency has also issued tornado warnings and watches for much of south-eastern Ontario.