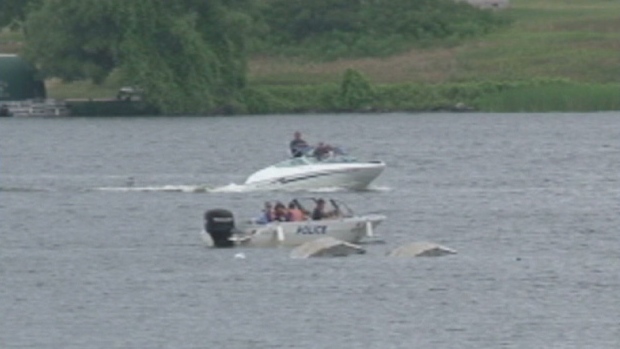 A Toronto man, 72, is in hospital after the pontoon plane he was piloting in cottage country crashed into a crowded barge on take off on Monday, July 9, 2012.

PETERBOROUGH, Ont. - Provincial police say a 72-year-old float plane pilot has died days after the aircraft collided with a barge north of Peterborough.

Roy Crocker had been in intensive care since Monday's crash at Gannon's Narrows between Pigeon Lake and Buckhorn Lake. An autopsy is scheduled today.

Police say the plane was attempting takeoff when it collided with a barge from a children's camp.

There were seven people, but no young children, on board the barge from Camp Maple Leaf. A 17-year-old female staff member was sent to hospital with non-life-threatening injuries.

Police say efforts are being made to recover Crocker's plane, a Cessna 180A, from Pigeon Lake.

They're asking boaters to stay from the area during the investigation.