TORONTO -- A five-year-old girl suffered burns to her feet as she walked barefoot along a Toronto beach and stepped on what appears to be small pieces of hot coal, her mother said.

Sunday marked the first time that Karen Kininsberg and her family, who live in Oakville, Ont., had visited Woodbine Beach in Toronto’s east end.

Speaking with CTV News Toronto the next day, Kininsberg said they made the decision to go based on the water quality and the fact that the shoreline was shallow.

“The kids were playing …were just playing in the sand a little bit further away from us,” she said. “We were watching them the whole time. We were kind of aware of the people in front of us and behind us.”

Around 6:30 p.m., Kininsberg said she heard a scream and instantly knew it was her daughter, Eva.

“I realized that as my daughter’s voice. It was really loud,” she said. “We saw some kids running this way and yelling out at us there was fire.”

“Then I saw Eva kind of limping her way towards me.”

Kininsberg said her daughter’s foot was very red, so she grabbed her and put her foot in Lake Ontario.

“We didn’t understand where she stepped. At first I thought it might have been glass or a piece of wood or something,” he said. “I had a look and it was a little bit red but it wasn’t blistered at that moment.”

“She was crying a lot and in a lot of pain.”

Kininsberg said that another young child had also been injured, and they both kept saying it was because of a fire. A short while later, some of the parents came across what appeared to be some small stones. When they poured water on top, the stones sizzled and steam erupted from the sand. 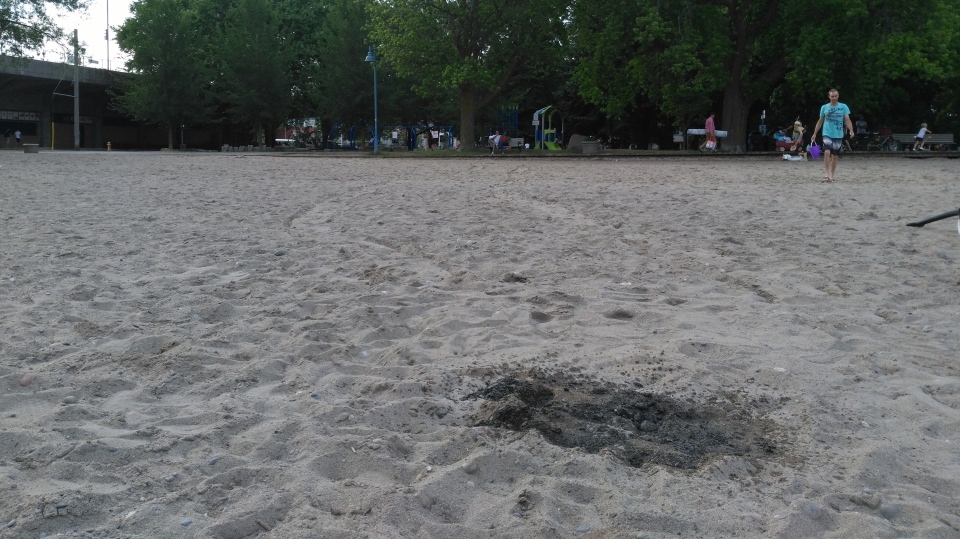 “I don’t know how they found it because you couldn’t see it, it was covered in sand,” Kininsberg said. “It was a pit but it was small. It wasn’t even that deep. I think they kept it on the surface and then kind of kicked some sand over it.”

The family took Eva to a doctor in the area and were told to monitor her foot and if it got worse, to take the child to a burn clinic. Luckily, Kininsberg said, Eva has started to recover.

Photographs of Eva’s foot show blistering around her arches and numerous red marks. 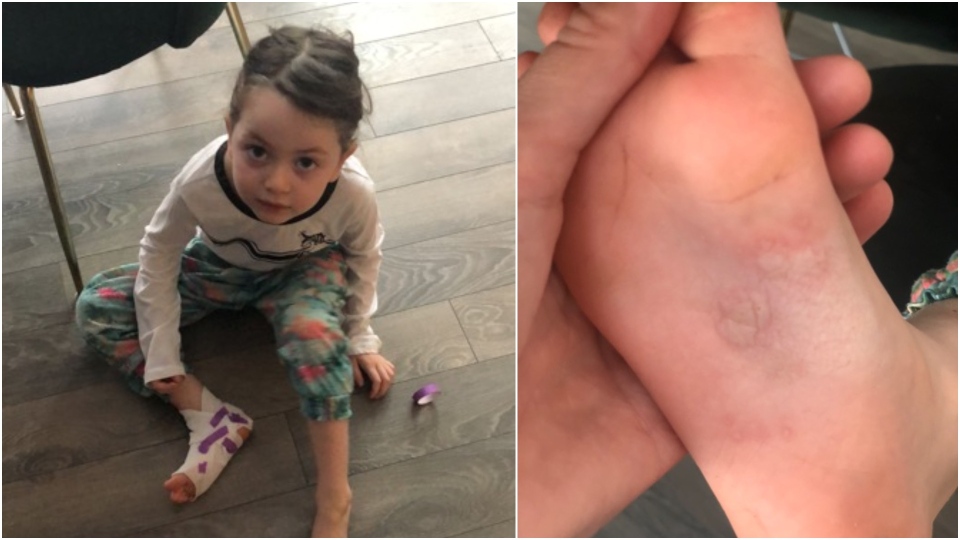 “She is doing better. Last night was difficult. She had a lot of pain for a long time,” Kininsberg said. “It was a close call for it being a lot worse.”

Kininsberg added that she is angry the people responsible for creating the makeshift fire pit did not stay around to make sure the coals were completely cool, especially considering fires aren’t allowed at Woodbine Beach to begin with.

“I just really want to tell people to be careful and to respect certain regulations. It’s a really dangerous thing that happened and I just hope people are going to be a little more conscious of that.”

Last week, families who live near Cherry Beach, a little further east from Woodbine Beach, complained of late-night partying in the area, saying that after a particularly busy weekend there was garbage everywhere and at least one fire was still lit. 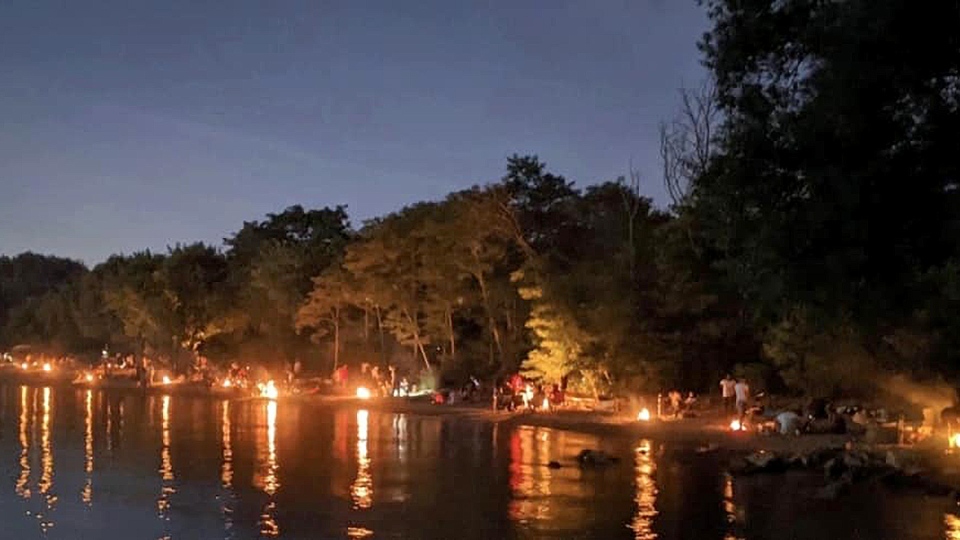 In response to the overcrowding at beaches, the city announced that police officers will be ramping up enforcement in the area. Parking lots at select beaches across Toronto, including Cherry Beach, will be closed at 7 p.m. on weekends due to concerns about late-night gatherings.