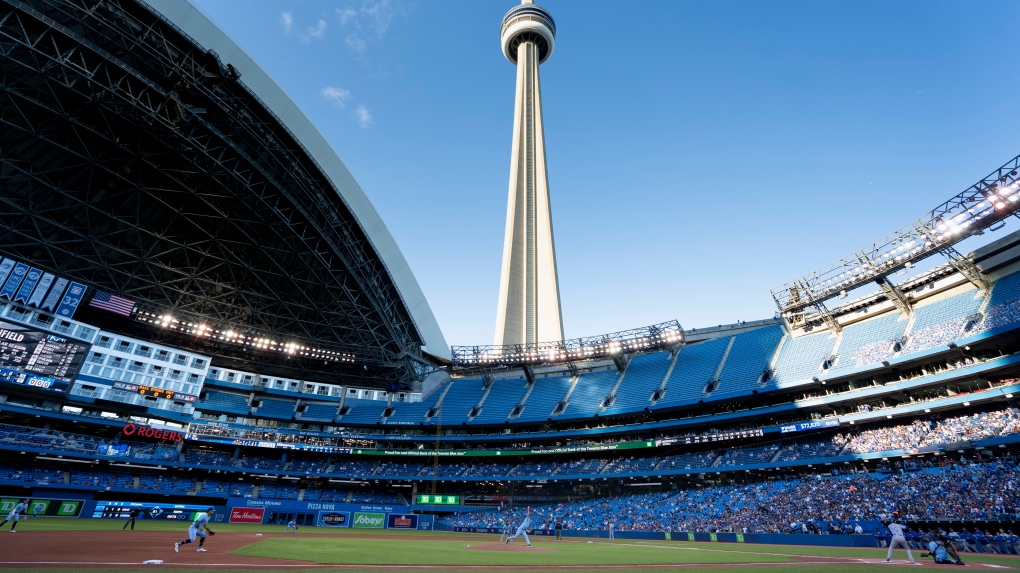 TORONTO -- Five front-line workers have been invited to throw the first pitch at Toronto Blue Jays’ home games over the next week.

The announcement was made by the city on Friday afternoon in a news release.

“The five city staff, representing all of the city's many pandemic MVPs, have knocked it out of the park, consistently working through the challenges of the pandemic to ensure Torontonians had access to vital city services,” the release reads.

Walker works at Seven Oaks Long-Term Care Home and spent nearly a month in hospital after contracting COVID-19 herself. According to the city, she has become a strong advocate for vaccination and has support efforts to get doses to all city-run long-term care homes.

Nalin Sunak, a coordinator at the 311 contact centre, will throw the first pitch on Saturday.

“Nalin and the 311 team patiently listened to callers who were in distress, experiencing a mental health challenge, or just needed a friendly voice on the other end of the phone during an isolating time,” the city said.

During the pandemic Nalin lost a kidney to cancer. While he has recovered, officials say he now requires a transplant.

Roland Bahler, a collection operator with solid waste management services who the city says has always gone “above and beyond” during the pandemic, will be throwing the first pitch on Sunday.

On Aug. 23, Donna Ashman will take the pitch. Ashman is a client service worker and counsellor at Robertson House, a city-operated shelter for pregnant women and women with children in need of short-term emergency shelter. Officials say she was one of the first city staff to be vaccinated at the Metro Toronto Convention Centre clinic.

“Her first dose of COVID-19 vaccine was seen by thousands of people as footage of the historic moment played hundreds of times on television,” the city said.

“During the pandemic, Donna has thrown herself into her work as a frontline shelter worker, helping some of Toronto’s most vulnerable residents, while experiencing personal impacts from COVID-19, including not [being] able to see her son who lives in Buffalo, New York.”

The final pitch will be thrown on Aug. 25 by Omar Ozaldin, associate director of communicable diseases control at Toronto Public Health—the person who investigated the very first case of COVID-19 in Toronto.

In a statement issued Friday, Toronto Mayor John Tory thanked the Blue Jays for honouring the five front-line workers, adding that he is proud of all the work conducted by city employees throughout the pandemic.

“These same frontline heroes are helping us continue the fight against COVID-19 and the Delta variant,” Tory said. “There is no better sign of the progress we have made than the return of the Blue Jays and Major League Baseball games to our city and I'm thankful that this weekend fans will have the opportunity to show their appreciation for our hardworking employees.

The Blue Jays have dedicated the month of August to honouring front-line workers from around the Greater Toronto Area.

In addition to inviting front-line workers to throw the first pitch, there will also be mobile vaccine clinics outside the Rogers Centre, ready to administer doses before, during and after the Toronto Blue Jays game against the Detroit Tigers.

The province says that anyone born in 2009 or earlier is eligible to receive their first or second shots.