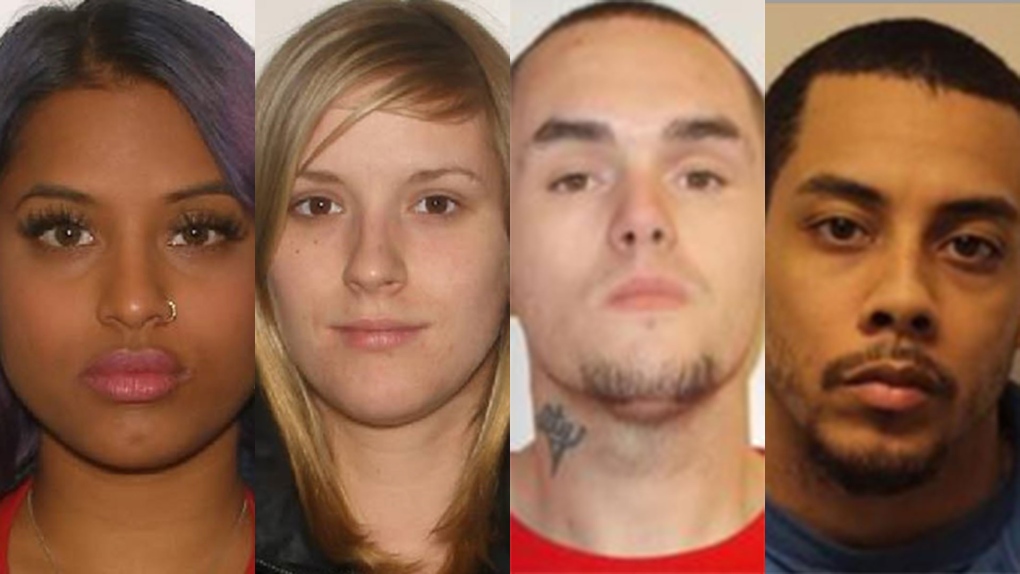 Charges have been laid against five additional suspects in connection with an armed robbery that sent panicked shoppers fleeing at Markville Mall last year, but police said they are still searching for two more women and men also allegedly involved.

Police were called to the shopping centre located in the area of Highway 7 and McCowan Road just before it was set to close on the evening of Dec. 30, 2018.

“Officers responded to a jewelry store inside the Markville Mall for reports of a robbery,” investigators said. “Through the investigation, officers learned that the six suspects arrived in two vehicles and entered the jewelry store wearing construction vests and equipped with firearms and hammers.”

The suspects then allegedly smashed the glass showcases inside Lukfook jewelry store before stealing a “quantity of jewelry,” police said.

One of the suspects was taken into police custody following a foot pursuit.

At the time, 27-year-old Tristan Currie, of Toronto, was charged with robbery, disguise with intent and assault with intent to resist arrest in connection with the investigation.

York Regional Police Chief Eric Jolliffe praised the officers for their response in a statement issued one day after the incident.

“I am very proud of the excellent police work displayed by our members during this challenging and dynamic incident,” he wrote. “The highly trained members of our frontline, hold-up and emergency response units, as well as those in the real time operations centre, worked together in this well-coordinated response and will continue to do so as the investigation continues.”

Following a more thorough investigation into the matter, officers said they learned that the suspects were also allegedly responsible for leaving a suspicious package at the Markham Go train station “just prior to the robbery.”

“The incident was believed to be an attempt to distract police resources away from the robbery,” investigators said.

Officers responded to the suspicious package incident and determined there was “no risk to public safety.”

Throughout the investigation, several search warrants were executed and five additional people were charged.

On Wednesday, police said Nathaniel Nelson, 26, Malcolm Murphy, 20, Oneill Coombs Taylor, 26, Vanessa Attree, 19, and Sarah Vanderspek, 23, are now facing numerous charges in connection with the case, including robbery, conspiracy to commit and indicatable offence and possession of a restricted firearm with ammunition.

Four other suspects remain outstanding, police also said on Wednesday. Images of Jacob Cherry, 26, Devon Victor, 31, Ashley Nazir, 24, and Jessica Moore, 25, have been released by investigators in an effort to locate them.

Police said “this investigation is ongoing.”