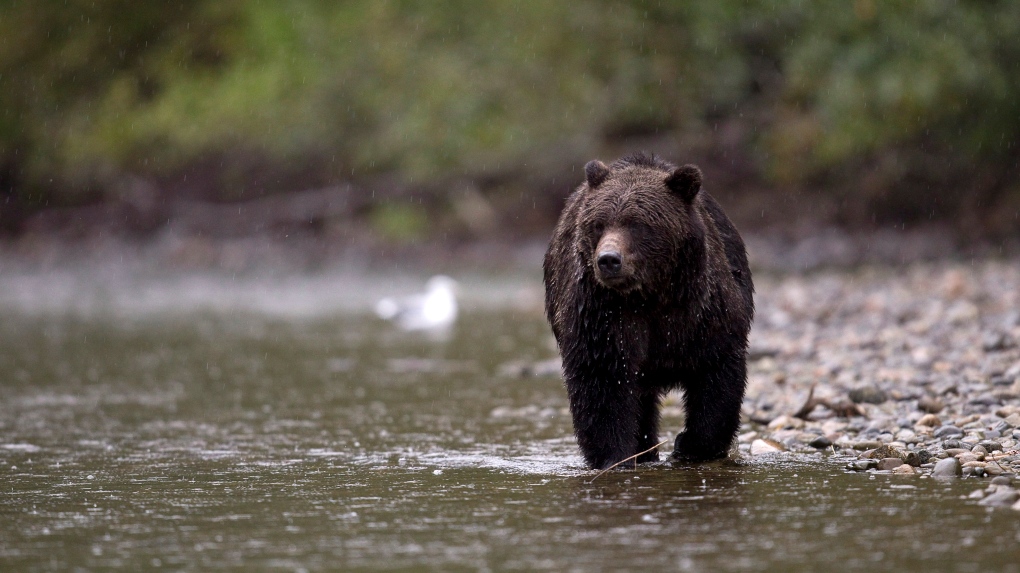 A grizzly bear is seen fishing for a salmon along the Atnarko river in Tweedsmuir Provincial Park near Bella Coola, B.C. Saturday, Sept 11, 2010. (The Canadian Press/Jonathan Hayward)

TORONTO -- The provinces of Ontario and Saskatchewan say a two-and-a-half-year probe into illegal wildlife trafficking has led to convictions against five people.

Court found they were buying and selling the gallbladders and paws of black bears, which is illegal in Ontario.

They say they discovered people from Ontario were involved and contacted the province's Ministry of Natural Resources.

A Toronto woman was charged and convicted of unlawfully possessing black bear gallbladders and fined about $3,000.

Four people from Saskatchewan -- one from Saskatoon and three from Sandy Bay -- were also convicted, facing fines of up to $29,000.

This report by The Canadian Press was first published Feb. 13, 2020.