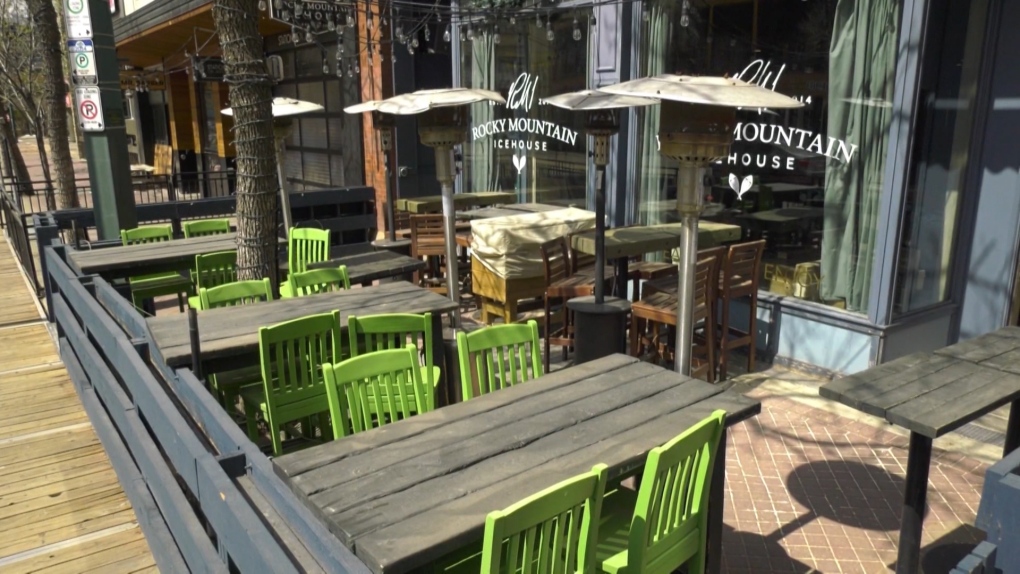 TORONTO -- The city has now approved more than 400 applications for new or expanded patios as part of its Café TO program with hundreds more currently being mulled over by staff, Mayor John Tory says.

Tory made the comment as he checked out the new patio that has been set up in a curb lane at Eastbound Brewing Company in Riverside on Wednesday morning.

It is one of the first patios to open up as part of a city program to streamline the process for businesses to access public spaces, such as sidewalks and curb lanes.

As part of the program, the city is also waiving the costs for using the public space, something Tory said will amount to about $700,000 in foregone revenue. He said that "a couple hundred thousand" is also being spent on planters and other dividers.

“We are already at over 400 applications that have been approved. They are not all installed but others will follow in the days ahead,” he said. “We haven’t put a cap on this. We haven’t said there is a maximum. We have just said we want to judge each application on its merits. But we want to do as many as we can all over the city.”

Tory initially announced the details of the Café To program at a press conference on June 4 but it only took effect at midnight.

Tory said that staff have been hard at work in recent weeks figuring out how they can “tweak, modify or overlook” certain bylaw provisions to ensure that as many businesses as possible are able to set up expanded or new patios.

He said that a vote by city council on Tuesday will even allow a TTC stop to be moved slightly down the street “if it means the difference between a bar having an opportunity to have one of these patios or not.”

Other concessions, he said, will be made for bars and restaurants that may be located on street corners and would otherwise not be allowed to access public space for a patio.

“We have made it very clear as a council that we wanted to see this program open today and these patios in place as soon as possible so these people (bar and restaurant owners) could get relief from the business struggle they have had for several months now,” he said.

Bar and restaurant patios were allowed to open in Toronto on June 24 but dining inside is still prohibited.