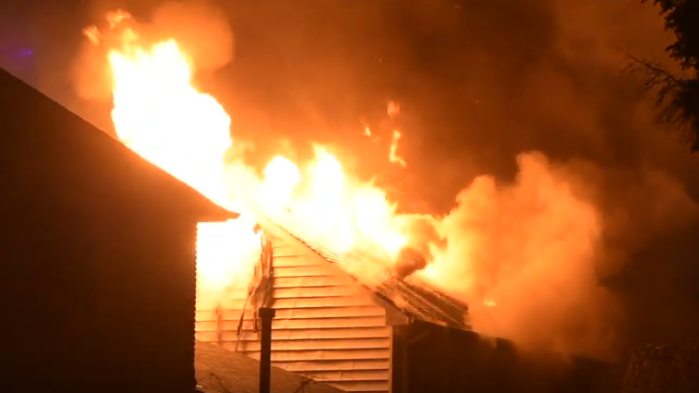 Flames are visible at a house fire on Hendrie Avenue in Burlington Monday December 7, 2020. (Andrew Collins)

TORONTO -- Firefighters were called in to tackle a blaze in Burlington after a home caught fire Monday evening.

The fire broke out at a home on Hendrie Avenue in Aldershot.

Officials have provided few details about the incident so far.

Images from the scene showed heavy smoke and flames at the home, especially on the roof.

Firefighters could be seen dragging hoses across the lawn and using aerial pumpers to douse the flames.

The fire does not appear to have resulted in any serious injuries, the Burlington Fire Department said.