A firefighter battling a smoky two-alarm fire at a residence in North York Monday morning has been injured.

Toronto paramedics said they transported one patient with serious, but non life threatening, injuries to a local hospital.

The fire broke out around 6:10 a.m. at a large, empty house-under-construction on Patricia Ave, near Steeles Avenue West and Bathurst Street.

Heavy smoke could be seen coming from the second floor. 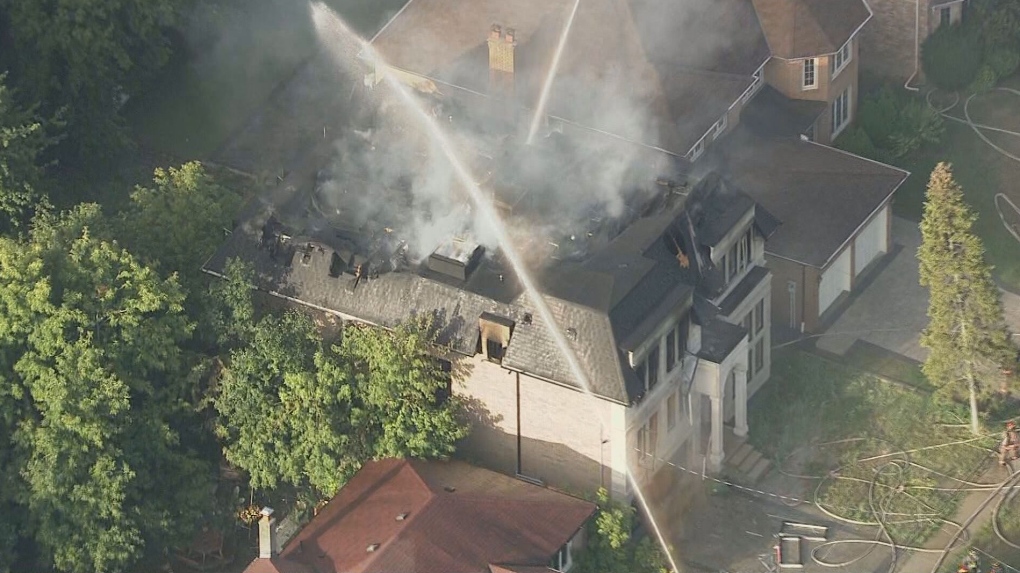 A two-alarm fire broke out at 321 Patricia Ave. in North York Monday morning.

“At first, arriving crews were met with heavy flame and smoke showing on the alpha side as well as through the roof,” Acting Platoon Chief Godfrey Greaves told CP24.

“They were able to make entry quickly for fire suppression activities and conduct the primary search. The situation was then upgraded to a second alarm to provide for additional fire suppression crews. Currently all crews are still on scene and we are still actively fighting the fire.”

Greaves said "exposure lines' have also been set up to protect neighbouring homes due to "concerns of collapse", adding they "do not "anticipate any issues with those properties."

He also indicated that some crews had to be moved to neighbouring properties to fight the fire from the back of the house as the rear yard is quite small.

No one was in the home and no injuries were initially reported, Toronto fire said.

Greaves said once the fire is knocked down, crews would proceed with overhaul then work with investigators to determine its cause, origin, and circumstances.