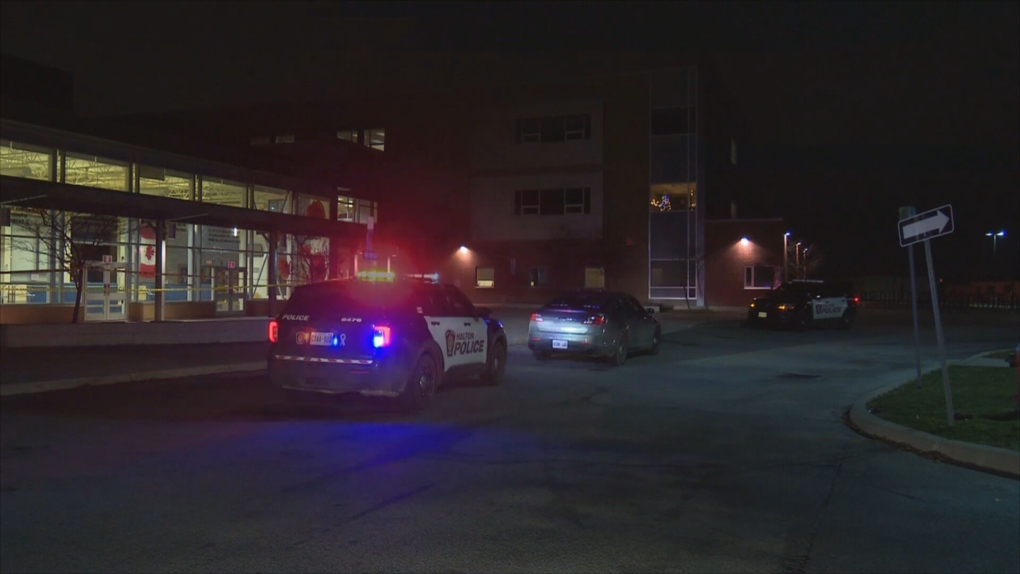 Police are on scene of a fight at a school in Oakville.

A fight that broke out inside a Toronto-area school Wednesday sent three people to hospital, officials have confirmed.

According to a release issued Wednesday by Halton Regional Police (HRP), the fight broke out at approximately 4 p.m. at Garth Webb Public School on West Oak Trails Boulevard in Oakville, Ont.

Upon arrival, officers located three people with injuries that did not appear to be life-threatening, the statement said. All three individuals were transported to hospital.

Two people have been arrested, police say. They are unable to confirm whether those arrested were students at the school.

At the time, the school was placed under lockdown. It has since been lifted.

The investigation is ongoing, police say, and anyone with information is being asked to contact the HRP 2 District Staff Sergeant at 905-825-4777 ext. 2210.