No injuries have been reported after a fiery explosion underneath the Bathurst Street Bridge at Fort York late Saturday.

Emergency crews responded to Bathurst Street and Fort York Boulevard shortly after 11 p.m. following reports of an explosion underneath the bridge.

Video posted to social media showed loud fiery explosions underneath the bridge and heavy smoke coming from the area.

Toronto Fire said they extinguished a fire at the spot, but did not say exactly what caught fire or how it started. 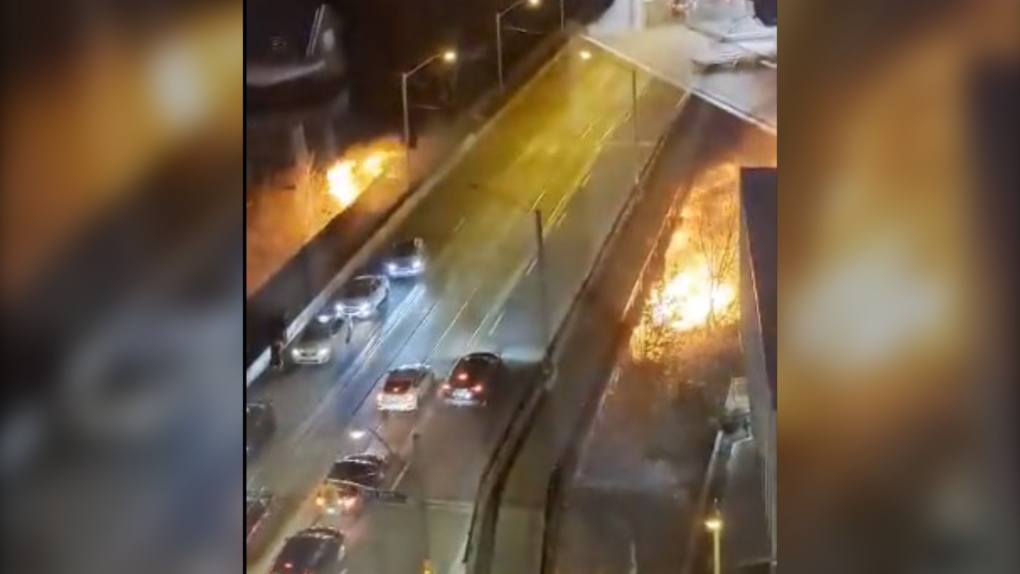 Fire shoots out from either side of the Bathurst Bridge after an apparent explosion Saturday November 26, 2022. (@tatto_23 /Twitter)

Toronto Fire Chief Matthew Pegg said on Sunday that following an investigation into the explosion, it was confirmed that there was a boiling liquid expanding vapour explosion (BLEVE) during the fire.

“The BLEVE occurred when a number of propane cylinders were exposed to the heat of the fire. When cylinders fail, there is a large fireball produced and numerous projectile hazards. Fortunately, there are no reported injuries as a result of last night’s fire,” Pegg said on Twitter.

The busy bridge sits right next to the Fort York Library and a number of large condo towers.

Bathurst Street was closed for much of the night, but reopened around 6:30 a.m.

Full snow moon considered 'micromoon' because of distance from Earth

February's full snow moon will light up the sky over the next two nights, with the spectacle reaching full illumination on Sunday morning. But this year’s full moon will be smaller than those of recent years. It’s called a “micromoon.”