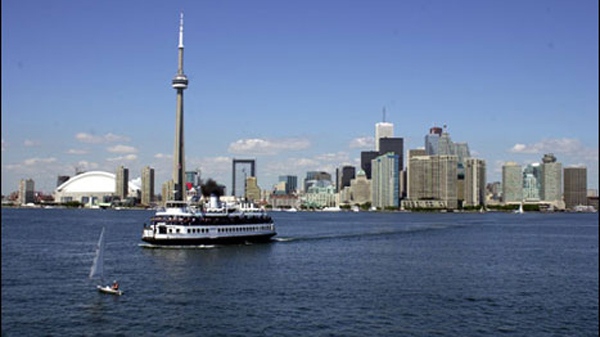 Ferry service to the Toronto Island was overwhelmed with people wanting to take advantage of the warm weather over the Easter long weekend.

The beautiful weather wasn't enough to calm down the crowds who waited hours over the weekend to make it over to Toronto Island.

Thousands of people arrived at the ferry docks only to wait about two hours before boarding the vessel for the 15-minute trip.

Ferry operations are still running on a winter schedule, according to officials, which means there is one vessel available to ship people back and forth throughout the day.

Passengers became agitated with the wait. There are reports several screaming matches and even a fist fight broke out in the angry crowd. Police were called in to help control the situation, according to the Toronto Star.

Ferry employees told the Star that the city was unprepared for the rush of people over the weekend.

But management insisted schedules are prepared six months in advance, at a time that is impossible to predict what the weather will be.

James Dann, manager of waterfront parks for the city, told the Star that some of the boats that remained docked over the weekend despite the crowds are still waiting to be certified by Transport Canada.