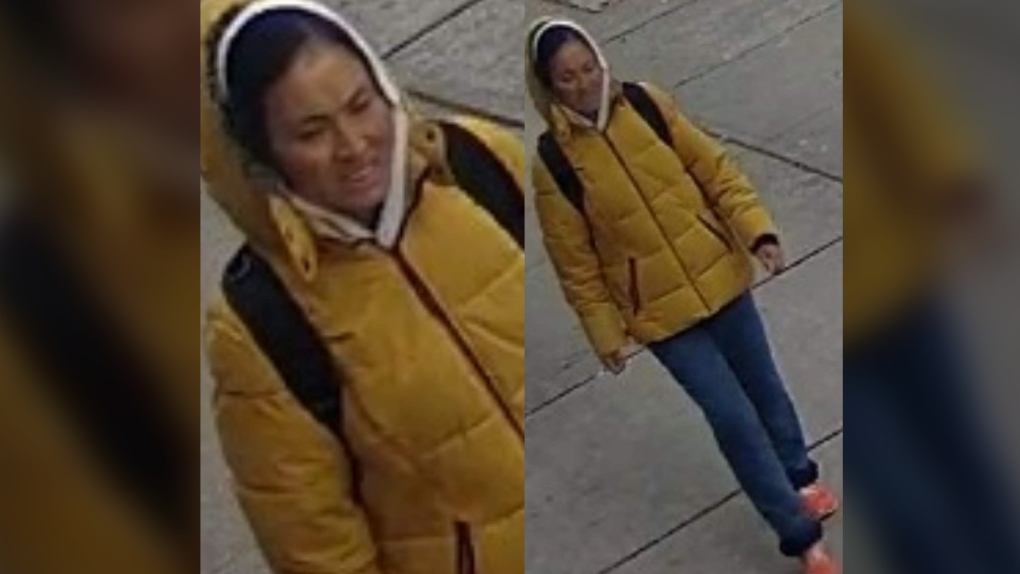 Images of a female suspect wanted in an east-end Toronto assault investigation.

Toronto police have released images of a female suspect wanted in an east-end assault that left a woman with life-altering injuries.

The incident happened on Sunday at about 9 a.m. in the area of Danforth and Coxwell avenues.

According to police, a 62-year-old woman was walking westbound on the north sidewalk of Danforth Avenue, west of Rhodes Avenue, when a woman approached her from the opposite direction.

“Without warning, the suspect suddenly pushed the woman with both hands, knocking her to the ground," Toronto police said.

The suspect then fled the area and was last seen walking south on Rhodes Avenue.

The victim was taken to hospital with life-altering injuries, police said.

The suspect is described as a woman and roughly 35 years old with dark hair.

She was last seen wearing a white hooded sweater under a yellow puffy jacket, blue jeans, and orange running shoes.