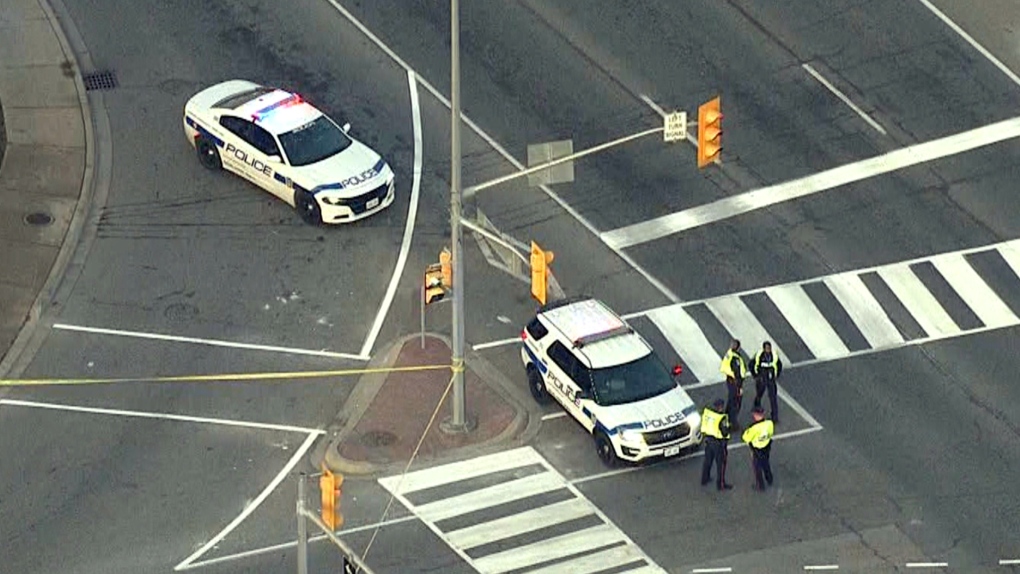 A female pedestrian was transported to hospital after she was struck by a vehicle in Brampton this morning.

It happened near Steeles Avenue and Rutherford Road shortly after 6 a.m.

The victim was taken to a trauma centre in critical condition, paramedics said.

Police now say her injuries are believed to be non-life-threatening.

The age of the victim has not been released.

The area was closed to traffic but has since reopened.