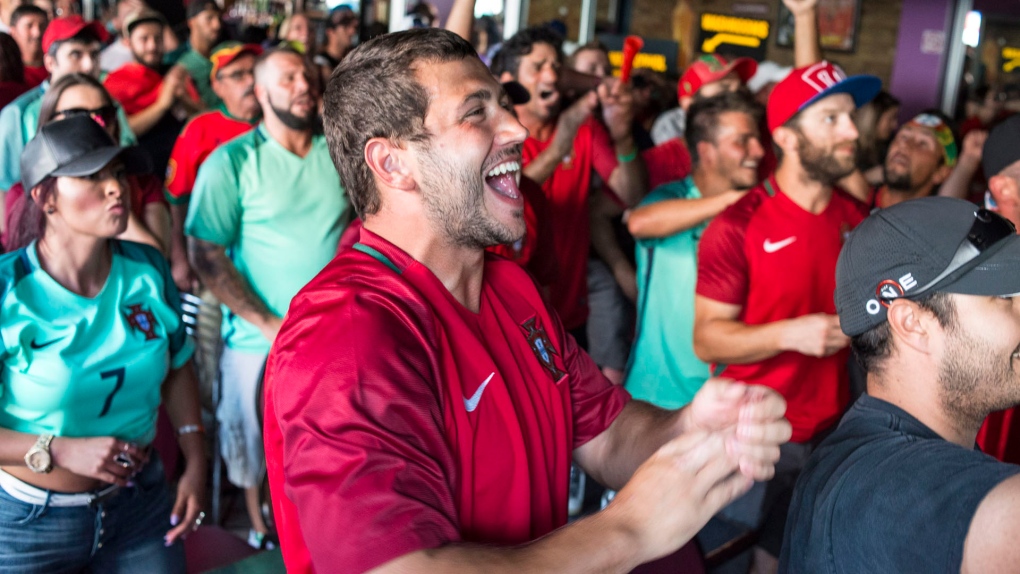 Portuguese soccer fans react after Portugal scores against France in the Euro 2016 final match, in Toronto on Sunday, July 10, 2016. THE CANADIAN PRESS/Eduardo Lima

Soccer fans in the city’s Little Portugal neighbourhood continued celebrations past sundown after an historic win by the Portuguese team in the Euro 2016 soccer final.

Traffic was completely stopped at Dundas Street West and Dovercourt Road and other area intersections earlier in the day after fans flooded into the streets following the win.

The team’s star player exited the game with an injury just 25 minutes in, but an overtime goal by Portugal's Eder secured the team’s 1-0 victory over France.

Other fans echoed the same sentiment.

“I’ve never felt such a feeling in my life before,” another fan decked out in face paint said.

His friend, Alexis Urszulan, said people watching couldn’t help but get swept up in the fan fever.

“It was amazing honestly – to see the excitement in the bar, it’s catchy,” Urszulan said.

Similar celebrations broke out in other cities across the country following Portugal’s’ win.

@CP24 This is how you celebrate #Portugal pic.twitter.com/37uxnqAHtr