The three boys killed in a townhouse fire in Brampton on Thursday are being remembered by their family as a kind, caring and "delightfully rambunctious bunch" who were deeply loved.

The brothers died in hospital after being pulled from their burning home near Torbram Road and Clark Boulevard.

The family said the boys' mother, Heather Bagan, was not at the home at the time of the fire as she went to drop off her youngest child at his daycare. When she returned, the residence was already engulfed in flames. 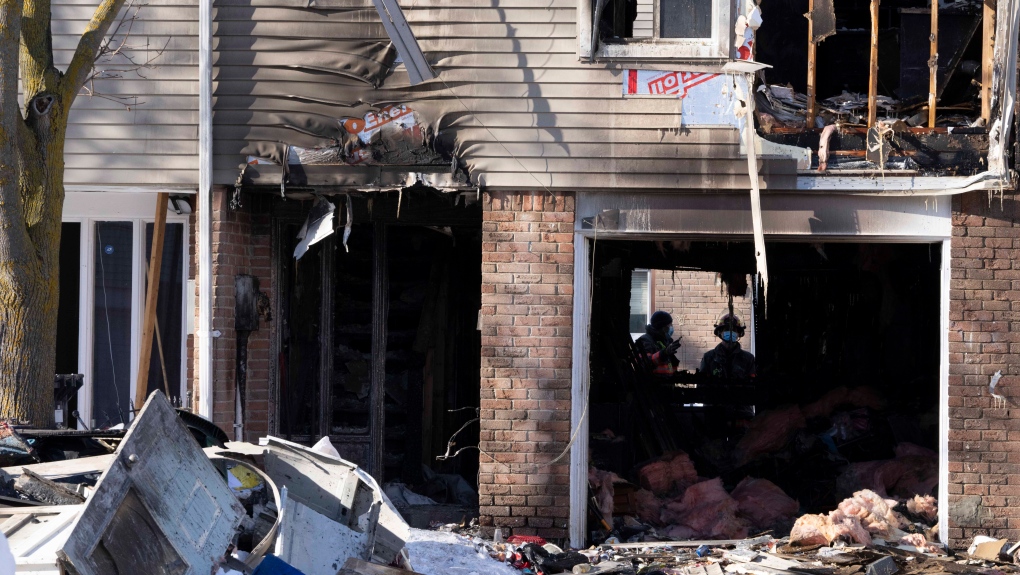 "Heather's boys were a delightfully rambunctious bunch, but they were also a tribe of their own," the family said in a statement. "Brothers and young boys, that can most definitely be described as incredibly kind, always caring, affectionate, and more than anything, deeply loved."

Coen was known for being witty, the family said. He had a great sense of humour and will be remembered for always having a smile on his face.

The family described Riley as "smart and observant in his own quiet way, and very spunky."

Alex was the happy-go-lucky boy, the family said. He was fun and silly and wore an infectious smile.

The brothers are also survived by their big sister Taylor and their five-year-old brother Nate.

"We thank you for the kind words of support and comfort, for the thoughts, donations, and for the empathy and love that has been expressed by so many who share our grief and loss during this unimaginable time," Heather's sister, Cheryl Tomatuk-Bagan, said in a statement.

The family also acknowledged the efforts of the first responders, saying, "we thank them for their bravery and attempts."

According to the statement, Heather's family from Moose Factory, Ont. will be travelling to Brampton to be with her while extended family from Peterborough have already arrived to provide support.

Neighbours have also been dropping flowers and candles at a makeshift memorial near the home.

On Friday, officials from Brampton Fire and Emergency Services visited the memorial and placed stuffed toys there.

"We just wanted to show some recognition of what happened here and just to have a quiet moment to remember and honour those who passed away," said Fire Chief Bill Boyes.

"It's a difficult day for the community for sure. It's such a close-knit neighbourhood as you have seen, and obviously, for our department and for our team and the police and the paramedics, it's a tough day too," he added. 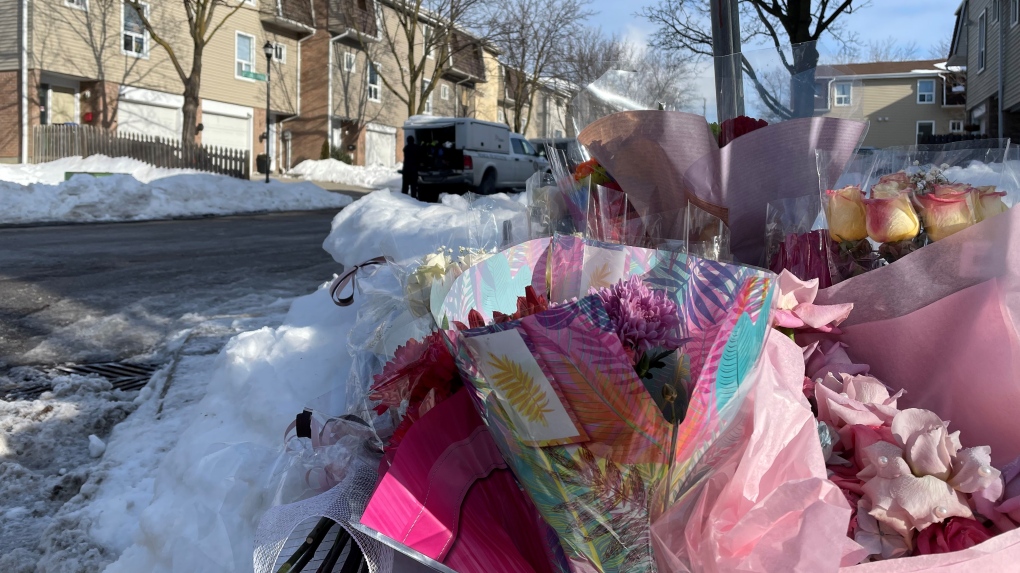 Flowers, toys and candles are seen at a makeshift memorial for the victims of a fire in Brampton. (CTV News/Corey Baird)

Peel police called Thursday's fire a "tragic circumstance" and said that they were not investigating it as a case of neglect.

The cause of the fire is being investigated by the Office of the Fire Marshal in parallel with police.

The fire broke out around 9:11 a.m. and when crews arrived, they encountered heavy flames and smoke.

Mayor Patrick Brown said that one of the boys called 911 to report the fire and told the dispatcher that he was stuck inside.

He said it took six minutes for the first firefighters to arrive at the home, but the fire had already spread. Police arrived at the scene first and attempted to get to the boys, but were blocked by the flames and smoke.

"I can assure you when this call first came across and information was received that there were children in the home, these officers were trying to get here, just like the firefighters were, just like the paramedics were, all trying to get here as quickly as possible to do whatever it is that we could have done to try and rescue the occupants of the home," Peel police Const. Akhil Mooken said Thursday.

Flags have been lowered at three Peel Region schools where the boys attended.

The Malton Moms group has created a GoFundMe page to help the family.

- with files from Joshua Freeman and The Canadian Press

Ten children in Canada were found to be suffering from severe acute hepatitis not caused by known hepatitis viruses over a nearly six-month period recently, the Public Health Agency of Canada announced Friday.

Russia's claimed seizure of a Mariupol steel plant that became a symbol of Ukrainian tenacity gives Russian President Vladimir Putin a sorely needed victory in the war he began, capping a nearly three-month siege that left a city in ruins and more than 20,000 residents feared dead.