TORONTO -- A funeral for a teenage victim of the Ukraine International Airlines plane crash in Iran took place in Thornhill Wednesday.

Arad Zarei was heading home after visiting family over the holidays when the plane carrying 176 people was shot down.

In the weeks after his tragic death, Zarei’s family had to fight to get his remains repatriated. It wasn’t easy but his father Mehrzad Zarei says their fight isn’t finished.

“Now we have to fight for his justice ... and we’re going to fight for whoever was in charge of these (murders) to bring him to justice," he said. 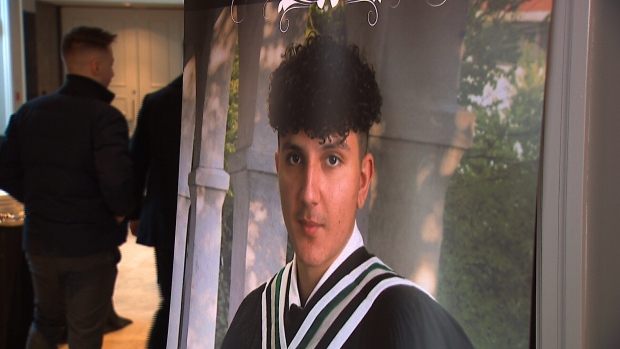 More than 200 people were at Zarei’s funeral. Before delivering a eulogy to his son, Zarei approached the casket, pulled back the Canadian flag and kissed it.

The mourners gathered were all visibly emotional. Three weeks after his death, Zarei’s friends and classmates still can’t believe it.

“We were all expecting him to come home. But then when we found out the horrible news. It was just... I don’t know... I don’t even know how to put it to be honest. It was devastation," classmate Sadra Ramezani told CTV News Toronto.

Other friends like Keith Zhou talked about their admiration of Zarei’s commitment and spirit. “He was always energetic. Always wanted everyone to have a good time. I used to go to gym with him, and he was always the hardest worker.” 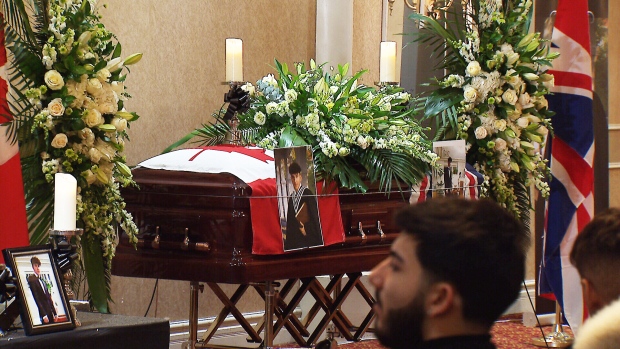 But for Zarei’s father, the loss of his only child is incredibly painful. He talked about how he was teaching Adan to drive, and other life skills, while at the same time he was learning from his son. But now they can’t make any more memories.

The memories he has of his son are personal and special. But Zarei’s quest now is to make sure that whoever is responsible for the murder of his son and the other 175 passengers on board flight PS752 is punished.