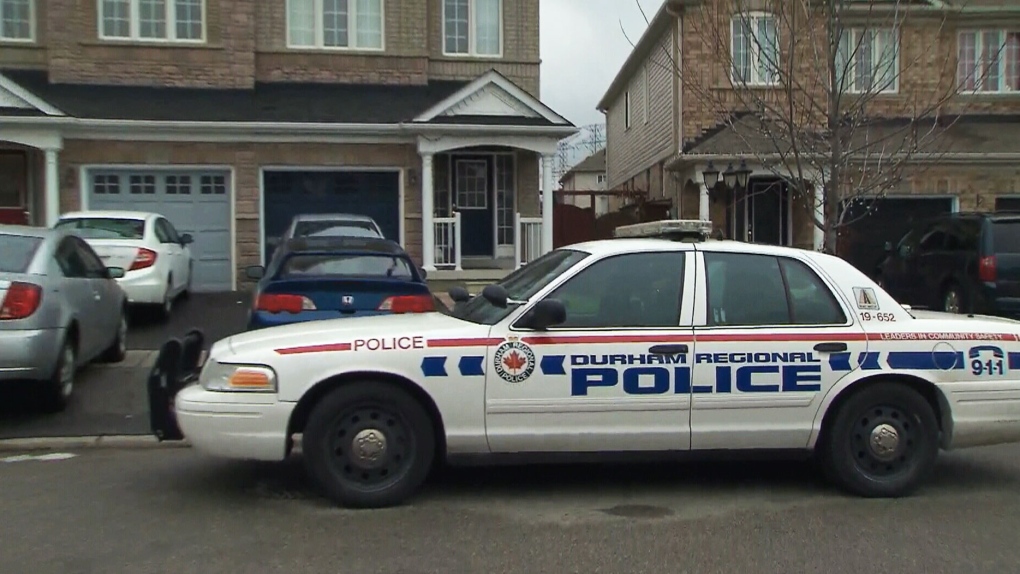 A police vehicle is seen outside of a home after officers responded to a disturbance call in north Ajax near Westney Road North and Williamson Drive West on Monday, Dec. 2, 2013.

AJAX, Ont. -- Friends and relatives of an Ajax, Ont., man who died after being shot by police last month say they want justice for his death.

They're planning a vigil Saturday night to honour Michael MacIsaac and draw attention to the issue of police shootings.

The 47-year-old was shot by Durham Regional Police on the morning of Dec. 2, 2013 and died from his injuries the next day.

Ontario's police watchdog, which is probing the death, says officers were called to the scene after hearing a man was "acting in a strange manner."

The Special Investigations Unit says there was an "interaction" between police and the man, prompting an officer to open fire.

MacIsaac's family says he suffered from epilepsy as a result of a childhood head injury -- a condition that caused him to leave his home in a delirious state that day.

They describe him as "a loving husband, a protective brother, a devoted son, a fun uncle and a loyal friend."

"This should never have happened. My brother should be alive today, with us, not needlessly buried," his sister, Joanne MacIsaac, said in a statement.

"Police need to stop shooting first, and asking questions later. We don't know the exact details of what happened that morning but one thing is clear, Michael needed support not bullets."

The group is calling for the SIU to lay criminal charges against the officer who shot MacIsaac.

It also wants all Ontario police officers to receive training in conflict de-escalation techniques, and be required to use the techniques before resorting to fatal force.

And mobile crisis units should be established for every police force in the province, it says.

The vigil for MacIsaac is scheduled for 6 p.m. at 201 Williamson Drive West in Ajax, east of Toronto.