TORONTO – The family of a 28-year-old man fatally gunned down in Etobcioke overnight Monday says they are seeking justice.

“Our family is very hurt and they are mourning,” the victim’s aunt, Fatima Mohamed, told CTV News Toronto at the scene.

“His mother is very devastated – she’s traumatized by what she had seen last night.”

Emergency crews were called to a Toronto Community Housing townhouse complex near Jamestown Crescent and John Garland Boulevard at around 12:30 a.m. for reports of a shooting.

At the time, Farhan Jama was located suffering from serious gunshot wounds. He was pronounced dead at the scene.

Mohamed said Jama’s mother was beside her dying son while officials performed CPR.

“She was right there. It is unbelievable.”

Jama's father described his son as a “good boy,” who was “humble” and “very kind.” 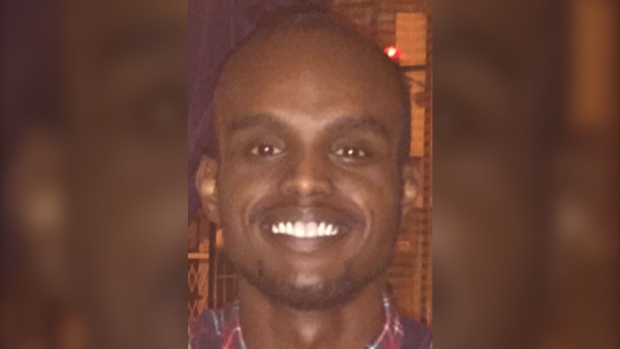 “We miss him. We need justice,” he said.

He said Jama was on his way home from work right before gunfire rang out.

According to investigators working on the case, about 20 shell casings were recovered at the scene and they believe there were multiple shooters. It is also believed that the suspects fled in a single motor vehicle.

Descriptions of any possible suspects or a suspect vehicle in the case have not been released by officials thus far. 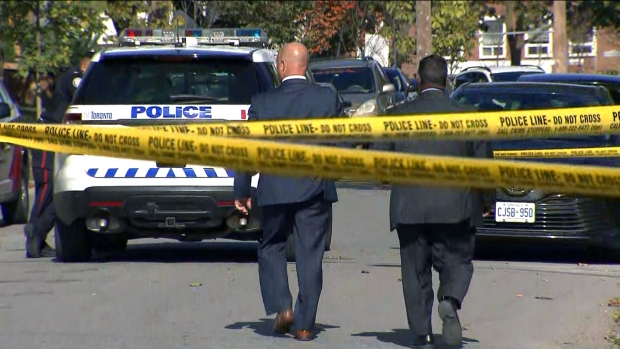 Det. Rob North said officers believe the victim was walking to a home in the area when he was confronted by a group of individuals. No physical altercations occurred but the group begins to shoot at him, North said.

“It happened in a matter of minutes.”

Investigators said the victim is not known to police and also has no gang affiliation.

Throughout the day on Monday, officers were seen canvassing the area for further evidence.

Anyone with any information is being asked to contact police or Crime Stoppers.