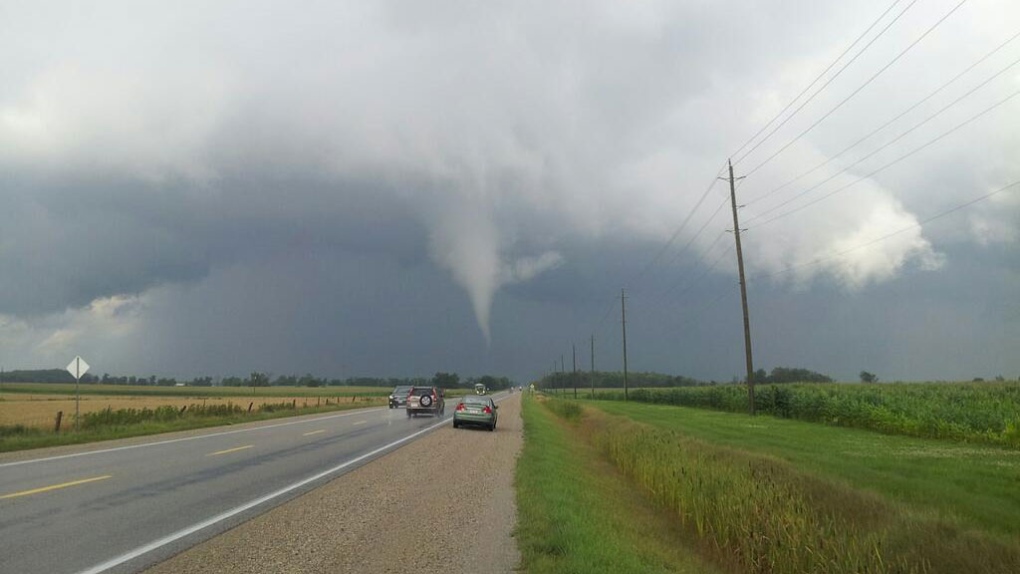 LONDON, Ont. -- A string tornado warnings passed through southern Ontario on Saturday, first issued in the London region and later in Toronto and Durham regions.

Environment Canada warned that its meteorologists were tracking a severe thunderstorm that could produce a tornado.

Severe thunderstorm watches and warnings were in effect for much of the region, stretching from Windsor to the Algonquin region.

Warnings are an urgent message that severe weather is either occurring or will occur, whereas watches indicate that there's potential for the severe weather to occur.