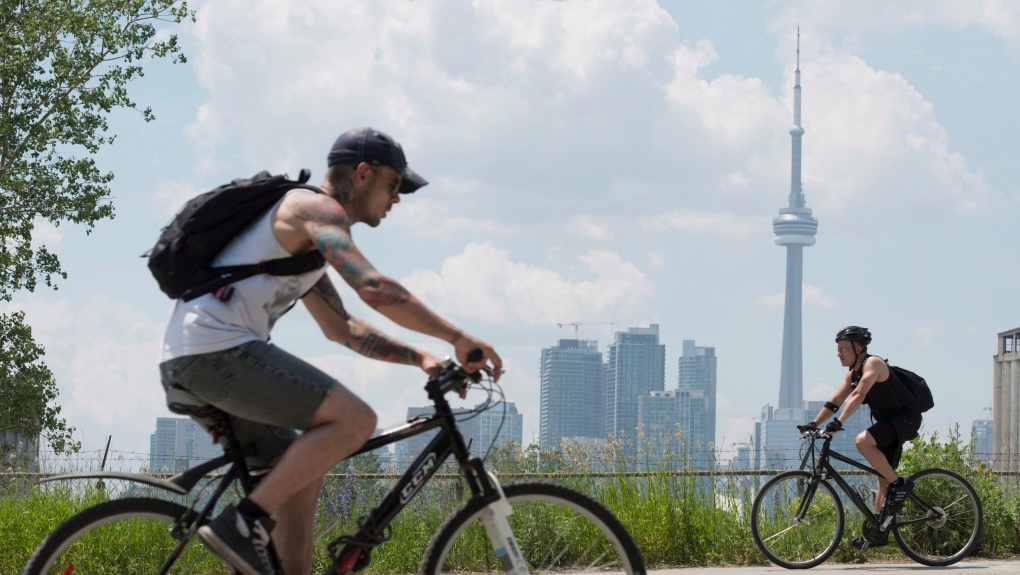 Cyclists ride past the skyline in Toronto on Wednesday, June 26, 2012. (The Canadian Press/Frank Gunn)

TORONTO -- Experts say Ontario will need to leverage clarity and collaboration to reach its goal of fully immunizing all willing adults against COVID-19 by mid-September.

A spokeswoman says the province aims to have all willing adults fully immunized against the virus by Sept. 22.

University of Toronto epidemiologist Ashleigh Tuite says the sooner the population can be fully vaccinated, the better.

She says the government should clarify its plan for second doses, given the confusing, "piecemeal" vaccination campaign thus far.

The president of the Ontario Medical Association says she is fully on board with the plan to get Ontarians fully vaccinated by September.

Dr. Samantha Hill says the province should use all available vaccine facilities to reach its goal, and family doctors want more involvement.

She says doctors have an important role to play in addressing concerns their patients might have about the vaccines.

This report by The Canadian Press was first published May 14, 2021.