'Enough is enough:' Will Brampton's municipal election be a referendum on the dysfunction that has plagued city hall?

'Enough is enough:' Will Brampton's municipal election be a referendum on the dysfunction that has plagued city hall? 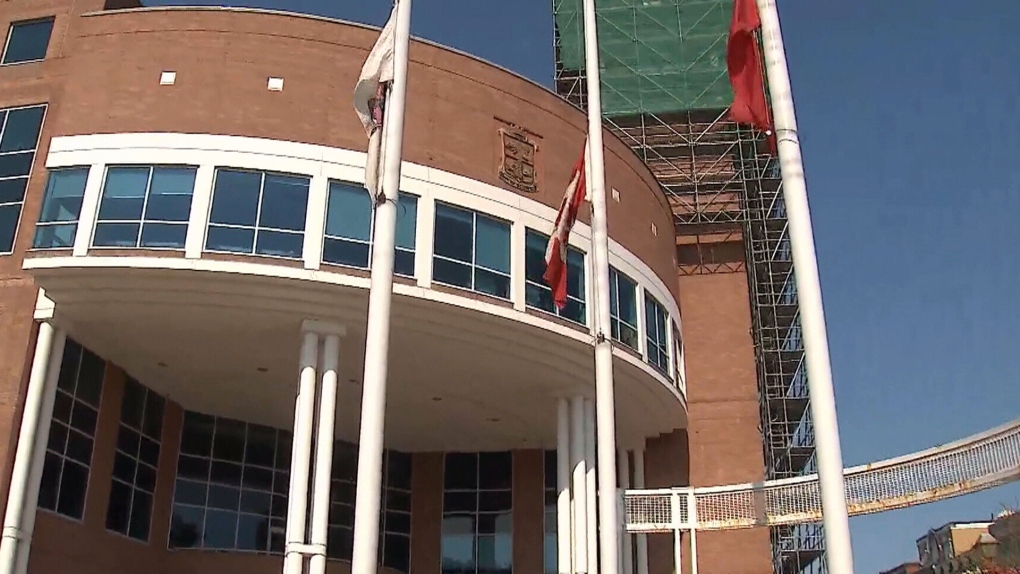 Todd Letts believes that Brampton is perhaps “Ontario’s best asset” for future job growth thanks to a large tract of developable industrial land unmatched in the GTA and a highly educated workforce.

That is why the CEO of the Brampton Board of Trade quickly grows frustrated when speaking about the “dysfunction” that has engulfed city hall in recent months, whether that is meetings being repeatedly cancelled due to a lack of quorum, allegations of corruption involving a top city staffer or the particularly public power struggle that took place following a decision by five members of council to pre-emptively and illegally fill a vacant seat.

“I hope that whoever is mayor after Oct. 24 that he or she is able to bring the council together and focus on job creation,” Letts told CP24.com this week when asked about a municipal election that is now precisely one month away. “The time is over for the corporation of the City of Brampton and its dysfunction to be a drag on prosperity.”

Brampton is the fastest growing city in Canada, with its population having risen by more than 10 per cent over the last five years alone.

But Letts said that the city isn’t living up to its potential largely due to the infighting at city hall.

That infighting has worsened since June when Patrick Brown was ousted from the federal Conservative leadership race and a rift emerged between his supporters on council and a group of four councillors critical of his leadership.

Those councillors ultimately issued a series of press releases with allegations of wrongdoing and at one point even asked the RCMP and the province to investigate Brown’s financial dealings inside city hall, alleging that he had attempted to “run out the clock on a series of investigations ordered by Brampton City Council.

Brown has maintained that he has done nothing wrong.

“The business community is quite disappointed in the dysfunction. It has consequences and the consequences are the delays in the approval of developments,” Letts told CP24.com. “Look, Brampton continues to be Ontario’s best asset for future jobs and future taxes. It is a valuable piece of the province but it is underperforming because of the dysfunction at city hall and the business community has said clearly ‘we are fed up’ and clearly ‘enough is enough.’”

Whistle-blower among six candidates for mayor

The race to become Brampton’s next mayor is shaping up to be one of the more contentious contests in the GTA, with a whistle-blower who has made allegations of mismanagement against senior staff expected to be one of Brown’s primary challengers for the job.

Nikki Kaur is a City of Brampton employee who was fired and then ultimately reinstated after making a series of allegations in an email to staff and media members in April 2021.

The City of Brampton hired Deloitte Canada to conduct an independent investigation into those allegations, however the firm ultimately determined that it could not substantiate them.

Kaur has also accused Brown of improperly directing her to help with Peter McKay’s failed federal Conservative leadership campaign in 2020.

She is billing herself as a candidate who can “clean up” city hall and bring an end to the infighting once and for all but hasn’t yet released a platform with her vision for the city – her campaign team says that is coming this weekend.

“I really thought that once my allegations were out that there would be something substantial that would change but nothing changed; in fact it got even worse,” Kaur told CP24.com this week as she discussed her decision to run. “The taxpayers work so hard and our community needs a leader that will stand up for them. Not a leader that will run away for a bigger and better job at the first opportunity he sees.”

Much of that has revolved around the presence of Conservative strategist Nick Kouvalis, who has worked on Mayor John Tory’s last three mayoral campaigns and has served as an advisor to Doug Ford and former Toronto mayor Rob Ford.

Kouvalis has been particularly vocal on Twitter, recently calling Brampton city hall an “absolute disaster” and blaming Brown for much of the dysfunction.

He has also made several personal attacks against Brown’s character.

CP24.com did ask Kaur, who is a lawyer by trade, whether the tone of some of the criticism made her uncomfortable but she stood by the crux of it.

For his part, Brown told CP24.com that council functioned well for “three-and-a-half years,” under his leadership only to be plunged into chaos more recently.

But he said that he is optimistic that the issues have been dealt with, noting that council has met regularly since the introduction of a motion allowing for the city to dock the pay of members who miss five or more meetings in a row.

“For three-and-a-half years it went quite well,” he said, rejecting suggestions that the dysfunction at Brampton City Hall would continue if he is given a second term. “We passed our budgets unanimously, we got our transit plan passed unanimously and in Brampton - a city that’s historically had divided councils - that was unheard of, all these unanimous votes.”

Most polls that have been publicly released so far point to a sizeable advantage for Brown as he seeks re-election as Brampton’s mayor.

Speaking with CP24 about his decision to run again following his ouster from the Conservative leadership race in June, Brown said that there was “a lot of wins” from his first term that he is proud of, including a planned billion dollar expansion of Peel Memorial Hospital and confirmation that Toronto Metropolitan University would open up a new medical school in Brampton.

But more than anything else, he said that he takes pride in being an unrelenting advocate for the city of more than 600,000 and would like to continue doing that as mayor.

“I want to lead a Brampton that is strong, that is proud, that is resilient and a Brampton that sticks up for itself and that is what I tried to do,” he said. “When the GO Train service got cut I did a press conference on the GO Train and we got our service back. You know, we did things that were a little bit different, a little bit unique. During COVID-19 when we weren’t getting enough vaccines I stood up and fought for them until we got our vaccines. I highlighted to the country that we had a larger percentage of essential workers and of course we had a higher positivity rate because we were the ones keeping the supply chain together. I want to do another four years so I can continue to fight for the best interest of Brampton.”

The other candidates running for mayor in Brampton include Vidya Sagar Gautam, Prabh Kaur Mand, Tony Moracci and Bob Singh.

Three of the 10 municipal wards in the city do not have incumbents and will have new councillors after Oct. 24.

This is the first of a series of stories taking a closer look at the mayoral election campaigns across the GTHA. Next week CP24.com will have a story on the race in Toronto. Voters head to the polls on Oct. 24.