Energy project will turn manure from Toronto Zoo to electricity 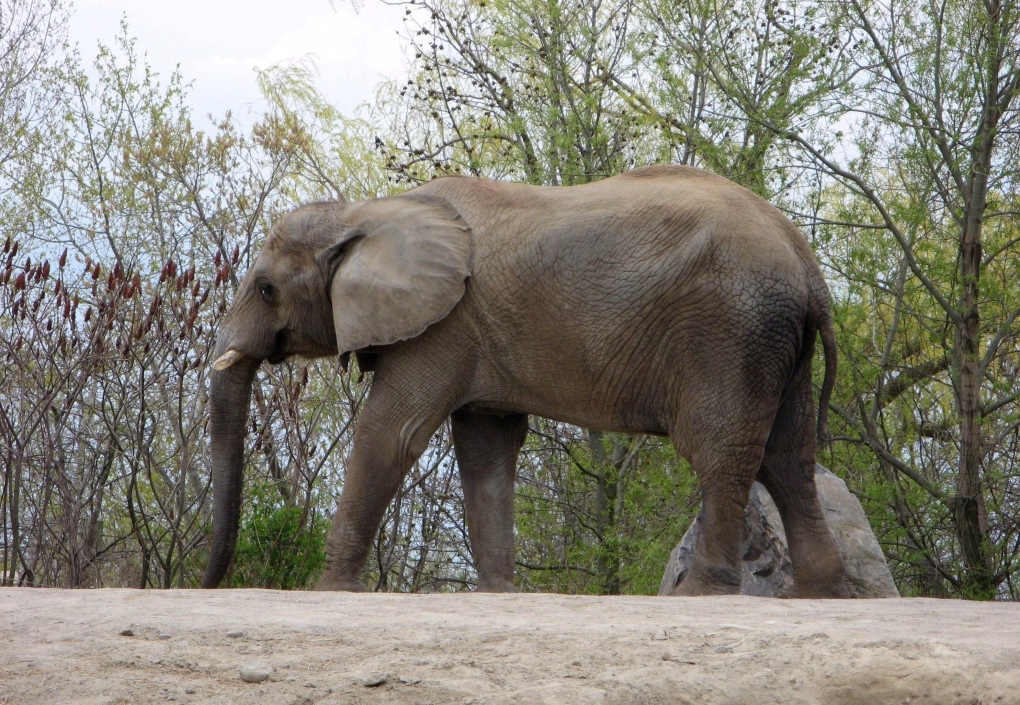 Thika, one of the Toronto Zoo's three elephants, walks around it's enclosure in this May 12, 2011 photo. (Pat Hewitt / THE CANADIAN PRESS)

TORONTO -- Flipping a light switch doesn't normally conjure images of a defecating rhino, but a novel project at Toronto Zoo might just change that.

An energy plant project set for construction in 2014 will turn manure into electricity for Ontario's power grid, after a 50-day "digestion" process.

The power plant plans to harness the energy of excrement by taking 3,000 tonnes of manure from rhinos and other large animals at the zoo as well as 14,000 tonnes of grocery store waste and breaking it down to produce a combination of electricity, heat and fertilizer.

The waste mixture will be fed into an anaerobic digestion chamber -- which is kept at the same temperature as a cow's stomach -- and millions of bacteria slowly break down the waste.

"The mixture is constantly stirred," Bida said. After almost two months, the result is a fertilizer product and a combination of methane and carbon dioxide. The gases are then burned to produce electricity.

"We are essentially able to operate the plant for 24 hours a day, seven days a week as long as the waste keeps coming and the bacteria keeps eating," he said.

The project moved a step closer to reality recently, when the ZooShare Biogas Co-operative signed a 20-year contract with the Ontario Power Authority.

"The power we all consume when we turn on the lights, it'll be part of that," Bida said. "We're excited to roll up our sleeves and get to work."

Ontario's power grid will receive the equivalent energy to what 250 homes consume every year, Bida said.

ZooShare currently has over 120 co-operative members who have so far invested $460,000, though it's estimated the plant will cost $5.4 million to build.

The plant is to be built on Toronto Zoo grounds, and was initially planned to begin operations in 2012 until there were delays with the feed-in-tariff contract and a land lease agreement.

"It wasn't always a sure thing," Bida said. "We're all extremely excited."

The idea for the manure-to-electricity conservation plant came from the Toronto Zoo itself, which searched for compatible projects for years.

He added that the plant comes at no financial cost to Toronto Zoo.

"It fits in so well with the zoo's mandate of conservation, education and sustainability," he said.