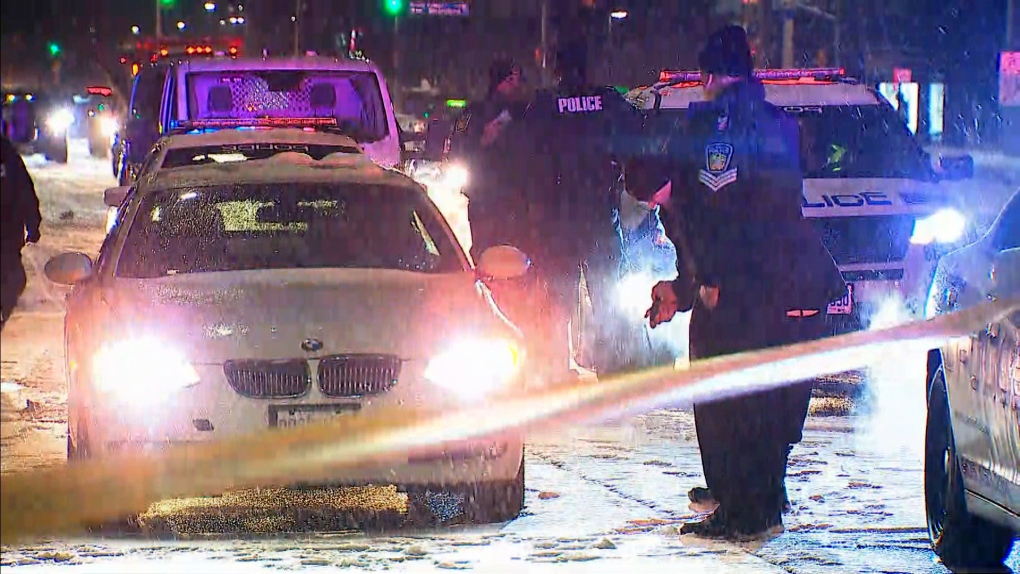 An elderly woman is in critical condition after being struck by a vehicle in Mississauga on Wednesday evening.

Police said the incident happened near Hurontario Street and The Queensway just before 6:30 p.m. as the 79-year-old woman was crossing.

Once emergency crews arrived, they located the woman suffering from life-threatening injuries. She was rushed to a trauma centre.

The driver remained on scene, according to police.

As a result, two lanes northbound on Hurontario Street are closed.

Peel police said that the Major Collision Bureau is on scene as an investigatioin gets underway.