An 82-year-old man who had his bicycle stolen from Woodbine Beach is overwhelmed by the generosity of the public after receiving multiple offers to help him buy a new bike.

Joe, a cancer survivor and recent heart surgery patient, relies on his bike to get around. He has never driven a car, his daughter said, and spends his days at the beach helping others find lost items with his metal detector.

According to his family, when he was at the beach on Wednesday, his most prized possession was stolen.

“He was really distraught,” Joe’s daughter, Cathy, who only wanted to be identified by her first name, said.

“Whoever took this bike, you didn’t just take my dad’s bike. You took my dad’s freedom.”

Cathy said that after her father’s last surgery, her mother splurged and replaced his 20-year-old bike with a dark navy blue Norco bike with a black basket and blue bell. 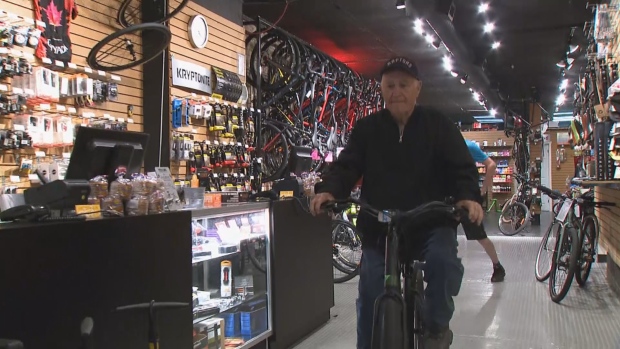 A bike shop in The Beach has offered Joe a new ride at a discounted price. (CTV News Toronto)

He had it for less than a week before it was taken, Cathy said.

After the public learned that Joe’s bike had been stolen, multiple people contacted CTV News Toronto and offered to donate. One woman even offered to give Joe her old bike.

"We're just so grateful, we're actually so stunned and shocked, never, ever expected this,” Cathy said. 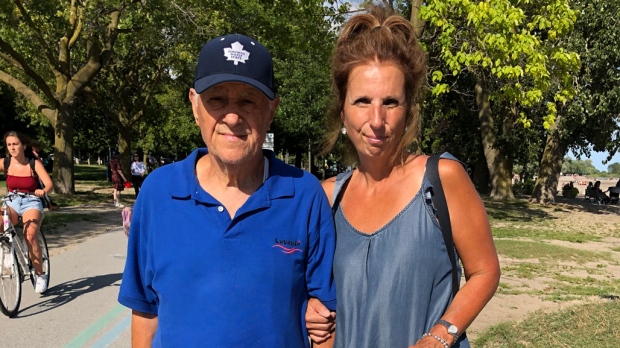 Joe and Cathy are seen in this photo. (CTV News Toronto)

"Thank you for restoring humanity, thank you for giving an elderly man, a beautiful gift."

Rob Bartel, who works at the bike shop Velotique in The Beach, said he’s offering Joe a new bike at a discounted price. He will also handle any donations from the public.

Joe is expected to have his new bike within the week, Cathy said.