TORONTO -- Still wearing their pajamas, an elderly couple managed to get out of their Rexdale home just as flames ripped through the structure.

Emergency crews were called to the home near Humberwood Boulevad, across from Woodbine Raceway, around 3:30 a.m.

Video footage from the scene shows firefighters battling a large blaze, with flames and thick dark smoke erupting from the roof.

Maria Prosenna, 86, said that she and her 91-year-old husband Antonio were inside the home at the time the blaze started. She said she got out of bed, walked towards the stairs and saw her living room in flames.

The couple made it to the bottom of the stairs, but slowed down due to the amount of smoke in the home. A neighbour from across the street ran over and helped guide them to safety.

“We brought them to our house so she could call her daughter and son. I am just so glad that everyone is okay,” Glenn Alviar said. 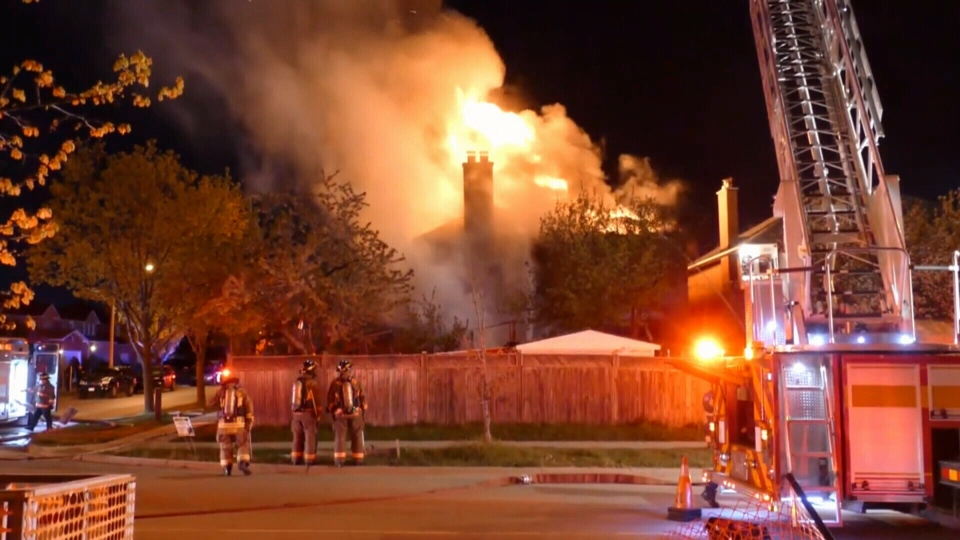 Nina Gallagher, the daughter of the couple, said that her parents lived in the home for 30 years.

“I am a little stressed and shocked,” she said. “I can’t believe it.”

The couple was not injured, Gallagher said, but are sad to see the damage to their home. Gallagher added that she is grateful to her parent’s neighbours for helping them get to safety.

“I thank them so much that they were able to get them out.”