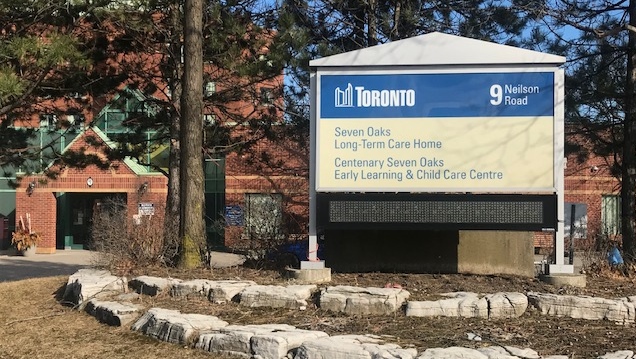 The Seven Oaks long-term care home in Scarborough is seen in this photo. (Cristina Tenaglia/ CP24)

Toronto’s medical officer of health, Dr. Eileen de Villa, says a total of 16 residents of Seven Oaks long-term care home, located near Neilson and Ellesmere roads, have died due to the virus

Of those deaths, eight fatalities were previously reported earlier this month. De Villa says four other deaths are still under investigation.

As of Wednesday morning, de Villa says there are 45 confirmed cases and 56 probable casesat the facility.

Additionally, there are 13 staff members who have tested positive for the virus.

“Unfortunately, we anticipate that there may be additional deaths amongst those residents who have become ill with COVID-19 over the past few weeks,” de Villa says.

However, she said they are starting to see a positive effect of the measured that have been put in place at the home as rate of new infections is starting to slow down.