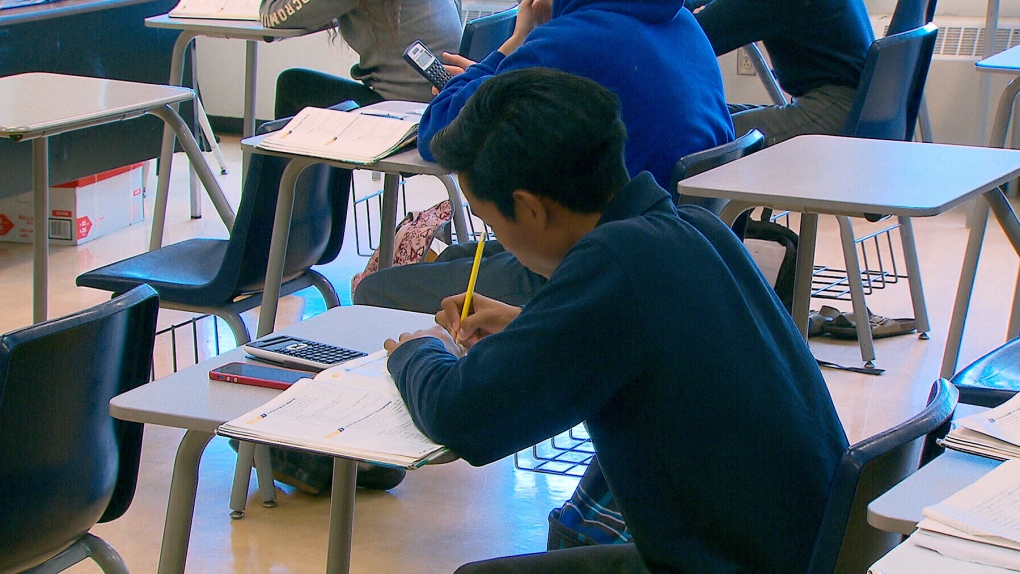 A student is seen in an Ontario classroom in this photo. (File)

Last-minute talks ended this weekend between the union representing 55,000 educational workers and the province just a day before a work-to-rule campaign kicks off.

The two days of talks, between CUPE, the province and school board trustees, failed to reach a new collective agreement in order to avoid the work-to-rule campaign, which is set to begin Monday.

"It is deeply disappointing that CUPE has decided to end talks this weekend, and proceed with a partial withdrawal of services, despite a limited number of outstanding items at the table,” Education Minister Stephen Lecce said in a news release Sunday.

The minister said that the province has asked the mediator for additional bargaining dates to “bring everyone back to the table.”

“The Ford provincial government and the Council of Trustees' Associations refused to bargain a fair collective agreement that protects services for students,” the union said Sunday evening in a news release.

CUPE released a list of services that custodians, clerical staff, educational assistants, early childhood educators, librarians and food services workers would scale back on as part of the work-to-rule action.

Contracts for Ontario's public school teachers and education workers expired Aug. 31, and the major unions are in various stages of bargaining.

The Toronto District School Board released an advisory to parents warning about a partial withdrawal of services, which include no sweeping of hallways, office areas and gyms.

It also said the schools will not be doing compost or recycling, and there won’t be any ground maintenance. A full list of services impacted is available on its website, the school board said.

“It is important to note that schools will remain open during this work-to-rule and instructional programs will continue to run” the advisory stated.

“During this time, principals and vice-principals will work together with staff to maintain a caring and positive school environment for students.”