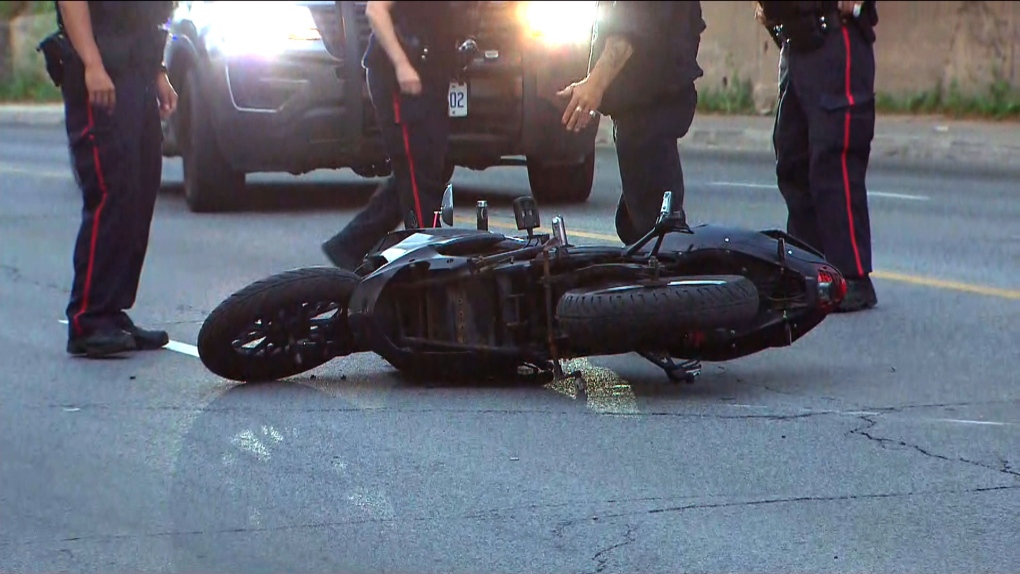 An e-bike is seen at the scene of a collision in the city’s Oakwood Village neighbourhood on July 9, 2019.

An E-bike rider was treated on scene by paramedics but did not have to be taken to hospital after being hit by a minivan in the city’s Oakwood Village neighbourhood early Tuesday morning.

Reports from the scene suggest that the rider was headed southbound on Dufferin Street when he was hit by the white minivan as it pulled out of a driveway near Rowan Avenue shortly before 6 a.m.

Following the accident, CP24’s cameras captured the E-bike rider walking around the scene and speaking with police.

The man was bloodied and had his head bandaged but appeared otherwise OK.

Police are investigating the circumstances surrounding the collision.