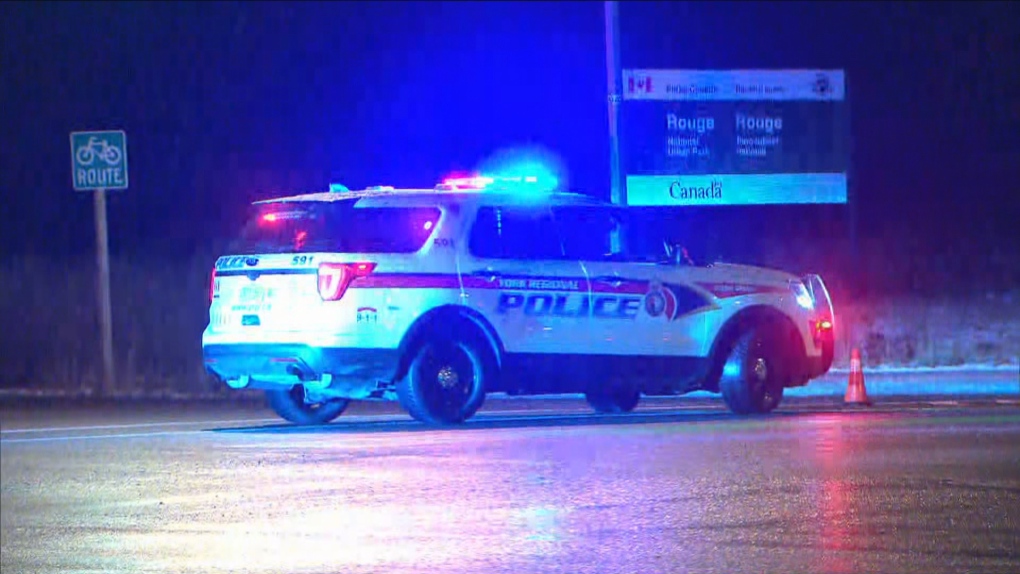 A York Regional Police cruiser is seen at the scene of a deadly crash in Markham, Ont. on Dec. 31, 2019.

TORONTO -- A 40-year-old man has been sentenced to seven years in prison after an impaired driving crash in Markham, Ont. left a 68-year-old man dead on New Year’s Eve.

It was just before 7:30 p.m. on Dec. 31, 2019 when emergency responders arrived at a two-vehicle collision near Elgin Mills Road and Ninth Line.

Police said a white Hyundai Veloster and a white Toyota were involved in the crash.

The driver of the Toyota, who was a resident of Whitchurch-Stouffville, was pronounced dead at the scene. His identity has not been released by officials.

The driver of the Hyundai, identified by investigators as Newmarket resident Stanley Choy, was taken into custody on suspicion of impaired driving following the crash.

On Friday, according to York Regional Police, a judge sentenced Choy to seven years in prison followed by a 10-year driving probation after he was found guilty of impaired driving causing death and criminal negligence causing death.