Shopping for groceries in the Greater Toronto Area just got a little more futuristic.

“Being the first in Canada with this technology and deploying a fully driverless solution is exciting and illustrates our commitment to making grocery shopping better for customers,” Loblaw’s Chief Technology and Analytics Officer, David Markwell, said in a news release published Wednesday.

The two companies have been testing the technology since Jan. 2020 and completed 150,000 autonomous deliveries with a 100 per cent safety record during that time.

During those trials, a “safety driver” was on board and in the driver’s seat as a safeguard -- but not operating the vehicle’s controls.

As of today, Loblaw told CTV News Toronto in an email it has five trucks on the road. One of those vehicles is operating fully autonomously, while the other four have a safety driver on board. 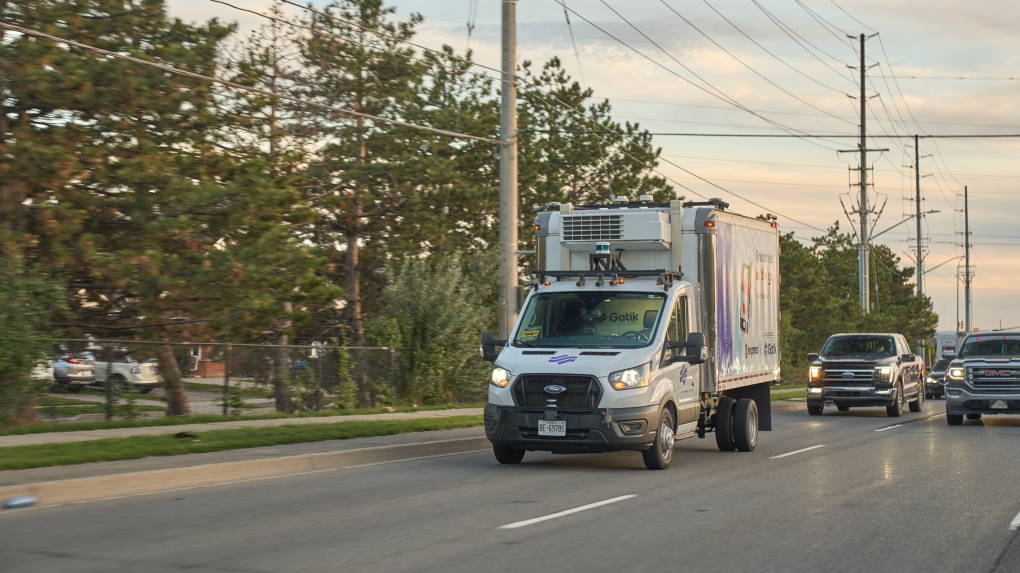 One of Loblaw's driverless delivery trucks is seen in this image. (Loblaw Cos. Ltd/Gatik)

The refrigerated trucks operate for about 12 hours a day and pick up grocery orders from a Loblaw distribution facility before arriving at nearby retail locations in the GTA on fixed, repetitive, predictable routes.

With the removal of the safety driver, the companies believe they are able to unlock the “true advantages of autonomous delivery.”

As for scaling up the project, Loblaw says there is no specific timeline but they will continue to review results and look to see where else the technology might make sense.