TORONTO -- A driver who allegedly struck and killed two 19-year-old international students while impaired in Scarborough on Sunday night has been denied bail.

Emergency crews were called to the area of Markham Road and Progress Avenue just before 6:30 p.m. for a report of a crash involving three pedestrians and a vehicle.

Upon arrival at the scene, officers said they located two people suffering from serious injuries. The 19-year-old men were transported to hospital where they were later pronounced dead.

The deceased have been identified by Centennial College staff as Damir Kussain and Wei Jie Zhu-Li. 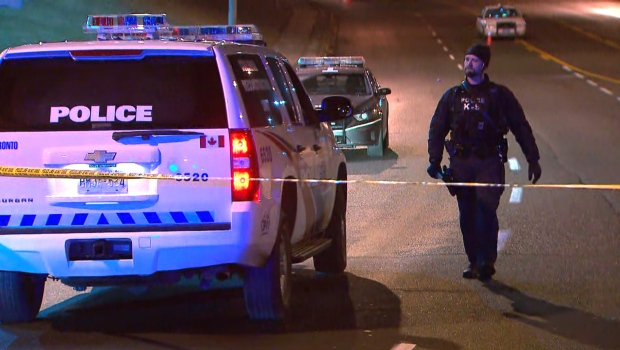 A 20-year-old man, identified by Centennial College as Jun Ju Zhu-Li, the older brother of Wei Ji, was taken from the scene to hospital with serious but non-life-threatening injuries.

The group had gone for a walk to get food when they were struck by the vehicle, police sources told CP24.

On Sunday night, investigators told reporters at the scene that the driver of the 2014 Mazda involved in the incident allegedly entered the intersection at a “high rate of speed.” 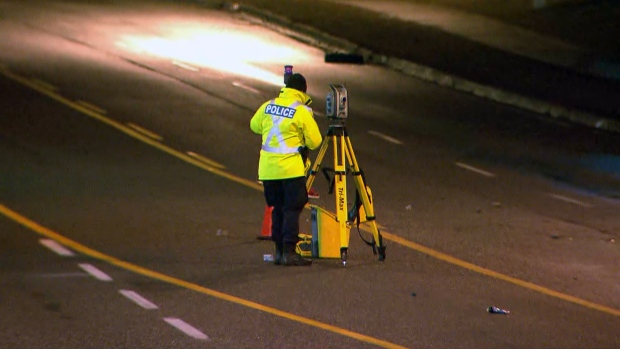 “The pedestrians were on the sidewalk on the south side here at Progress Avenue and that’s where they were struck,” Insp. Stacey Davis said.

“He (the driver) did mount the curb and it does appear that he struck the guiderail also on the south side here and drove up the sidewalk and struck the pedestrians on the sidewalk.”

On Monday morning, a spokesperson confirmed that the three men were enrolled as international students at Centennial College.

“It is with deep sadness and heavy hearts that we must inform our Centennial College community of a tragic single-vehicle collision near Progress Campus last night that resulted in the death of two of our students and serious injury to another,” Marilyn Herie said.

“All three victims are international students with us, and they were staying in our Progress Campus residence over the holiday break.”

We are deeply saddened by the tragic incident that occurred near our Progress Campus last night that took the lives of two of our students and left a third in hospital. Our thoughts are with the families and friends of those impacted by this tragedy.https://t.co/1lktkwXsic

Herie said the college is in the process of reaching out to the families of the victims. 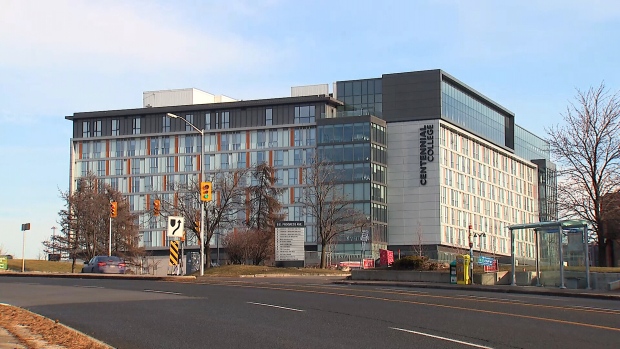 On-site grief counselling will be set up at the college in the wake of the deadly incident. 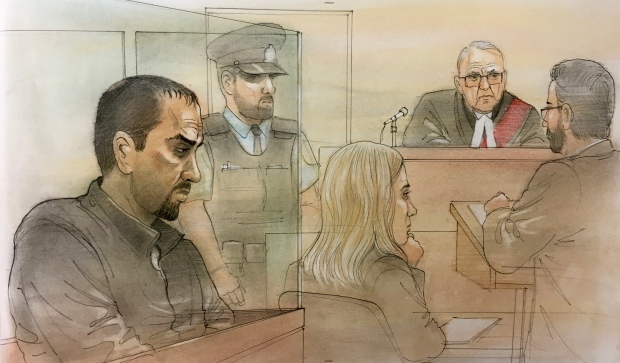 He was transported from the scene to hospital to be assessed and was taken into custody.

The judge said that Johnson's bail was denied in order for the public to have confidence in the justice system.

In the wake of Sunday's tragedy, Toronto Mayor John Tory issued a statement in which he described the incident as "infuriatingly preventable".

"This is a devastating tragedy to the Centennial College community and to the families and friends of these young students from China and Kazakhstan," the statement reads.

"While the matter is now before the courts, I hope that if the driver is found guilty of the charges laid, he will face the full and maximum penalties allowed under the law."

Johnson is set to appear in court by video on Jan. 3.

My statement on the pedestrian deaths in Scarborough. pic.twitter.com/RPbzkCxyxy