TORONTO -- A 24-year-old man is in custody after police say he deliberately rammed into parked cars, traffic lights, and a bus shelter in Richmond Hill early Thursday morning.

Police say a man got into his Chevrolet pickup truck in the parking lot of a Travelodge on Yonge Street, near Elgin Mills Road, at around 2 a.m. and started “randomly ramming into cars.” 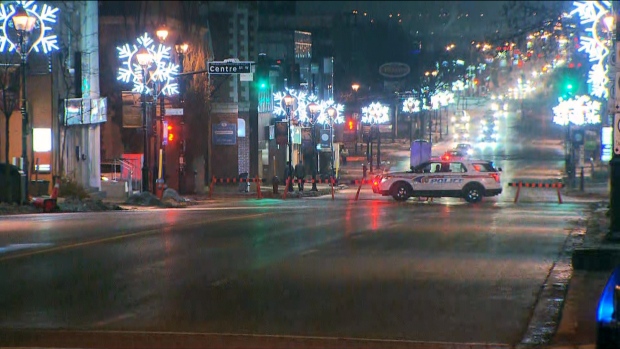 “He caused significant damage to five vehicles and then came out on the road. As he proceeded southbound, he actually went onto one side and the other side of the road, striking signs, traffic lights, all of the construction pylons,” York Regional Police Sgt. Andy Graham told CP24 at the scene.

“It took a second to figure out exactly where the damage began.”

Eventually, Graham said, the suspect’s vehicle was disabled after sustaining “heavy damage” and the man fled the area on foot. 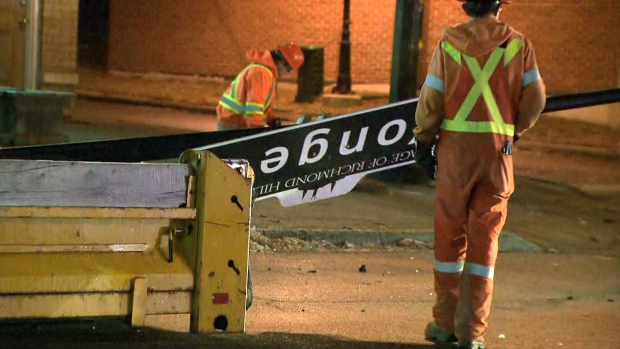 He was apprehended by the police service’s K9 unit and taken into custody. He sustained minor injuries and was taken to hospital for treatment.

Graham said he has since been released from hospital and will appear in court later this morning. The suspect, who has been identified by police as Richmond Hill resident Joseph Rooney, is facing three counts of failing to remain at the scene of a collision, one count of dangerous driving, and two counts of mischief over $5,000.

“It is a unique one. We are still searching for the cause,” Graham said. “You would assume that it would be alcohol-related but impairment was not a factor in this event.” 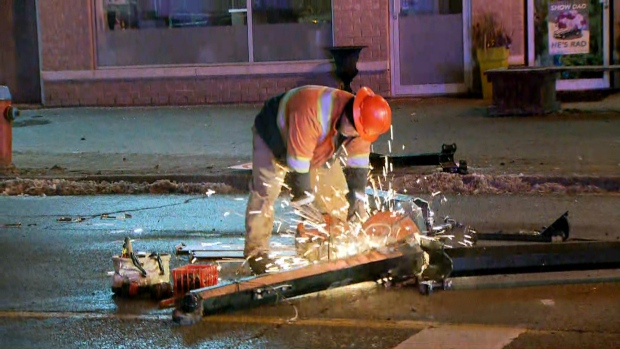 Hydro wires were knocked down as a result of the collisions and police say some businesses in the area are currently without power.

Yonge Street, between Major Mackenzie Drive and Crosby Avenue, is closed for repairs. The roadway is expected to be shut down for several hours.