Toronto police say a man is dead after he crashed into a home in the Beaches Sunday evening and caused a gas leak.

Emergency crews responded to the collision near Queen Street East and Kingswood Road.

The driver was unresponsive and trapped in the pick-up truck following the incident. Toronto Fire was able to eventually extricate the single occupant but he was later pronounced dead.

“Essentially, a vehicle was southbound on Kingswood, which is a T-intersection as it approaches Queen Street,” Duty Insp. Jeff Bangild told CP24 at the scene.

“That vehicle crossed over to the south side of Queen, into a laneway between two houses, where it eventually struck a garage port. The driver of that vehicle has now succumbed to his injuries as a result.” 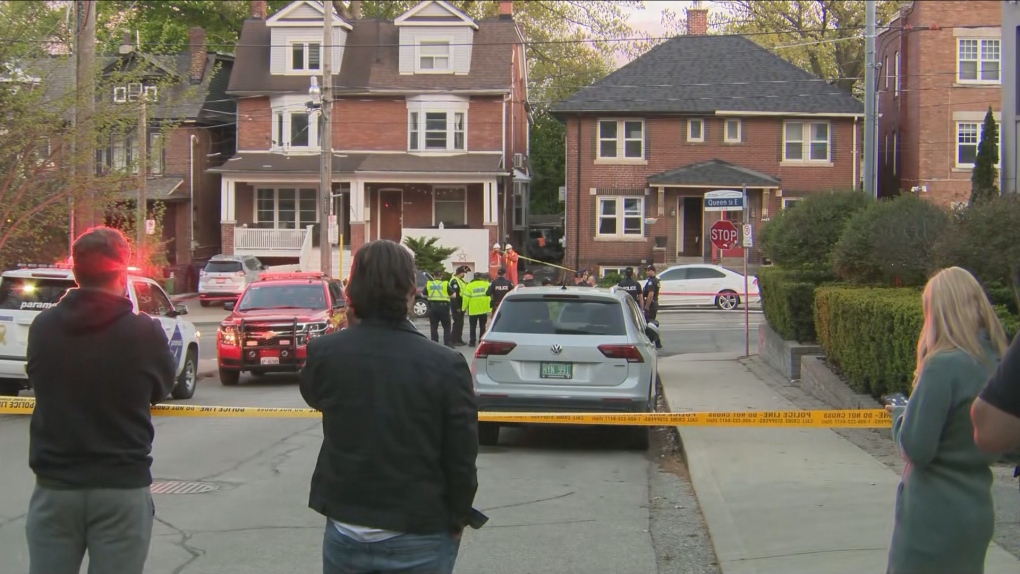 A gas leak occurred following the collision, which has since been capped by Enbridge Gas.

Toronto Fire Chief Brian McAlinden said “explosive levels” of gas were observed in the basements and main floors of the adjacent properties which forced evacuations in the area.

“Our big concern was not only the crews working in there but people living in that block. The immediate block, we evacuated just to make sure that it was safe,” McAlinden told CP24 at the scene.

The circumstances leading up to the crash itself are unclear, but McAlinden said it appears the vehicle hit the property at a high level of speed.

An investigation into the crash is underway.

Queen Street East is closed from Scarborough Road to Victoria Park Avenue, but is expected to reopen within the hour.

No other details have been released by police. 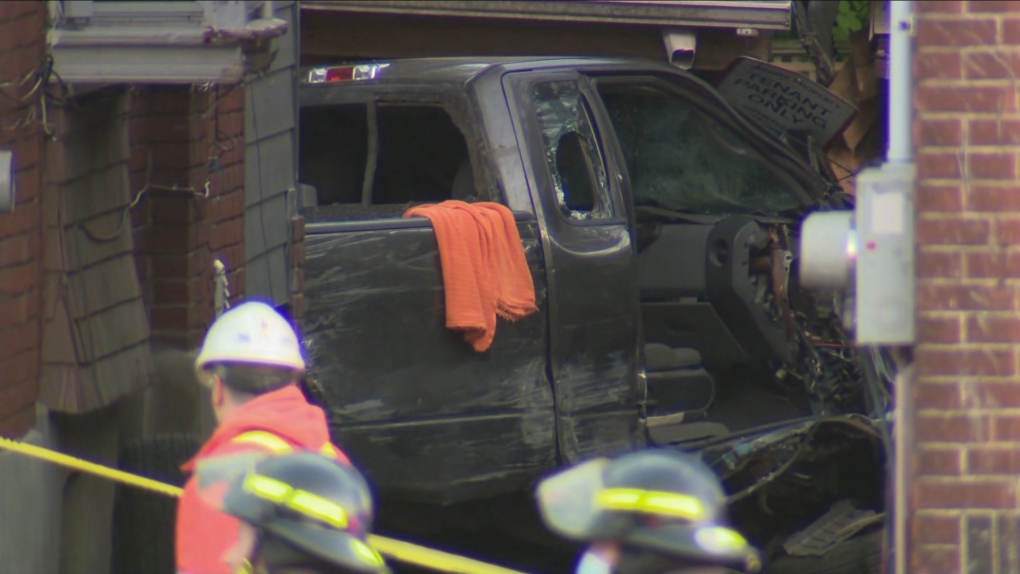 Emergency crews respond after a vehicle crashed into a home in the Beaches Sunday evening.