Dreaming of a white Christmas? This is what is predicted for Toronto's weather this year

Dreaming of a white Christmas? This is what is predicted for Toronto's weather this year 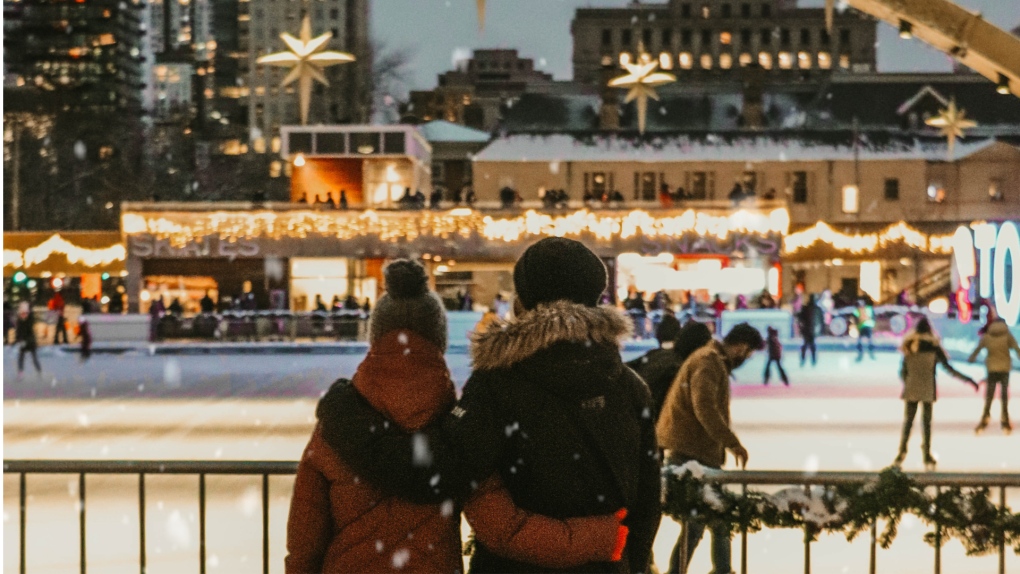 An image of a couple at the skating rink in Nathan Phillips Square in downtown Toronto. (Pexels/Designecologist)

If you are dreaming of a white Christmas in Toronto this year, there is a chance that those dreams may come true.

Environment Canada predicted how likely a picturesque Christmas would blanket Toronto this year based on 67 years of snowfall records, spanning from 1955 to 2021.

For Toronto and the Greater Toronto Area (GTA), the weather agency says there will be a 51 per cent chance that snow will be on the ground on Christmas Day.

🎄 Will you have a ❄️ white Christmas this year Ontario❓

Hamilton has a slightly higher chance at 60 per cent, and of all the Ontario cities, Sudbury is the most likely to see snowfall, with a 94 per cent chance.

The weather agency also broke down how many “perfect” Christmases each major city across Canada has had within the last few decades, which is when there are at least two centimetres of snow on Christmas morning and some snowflakes “in the air” sometime during the day.

Hamilton has had slightly more, with 26, but the Canadian city that has seen the most is Sault Ste. Marie, with 66 perfect Christmas days.