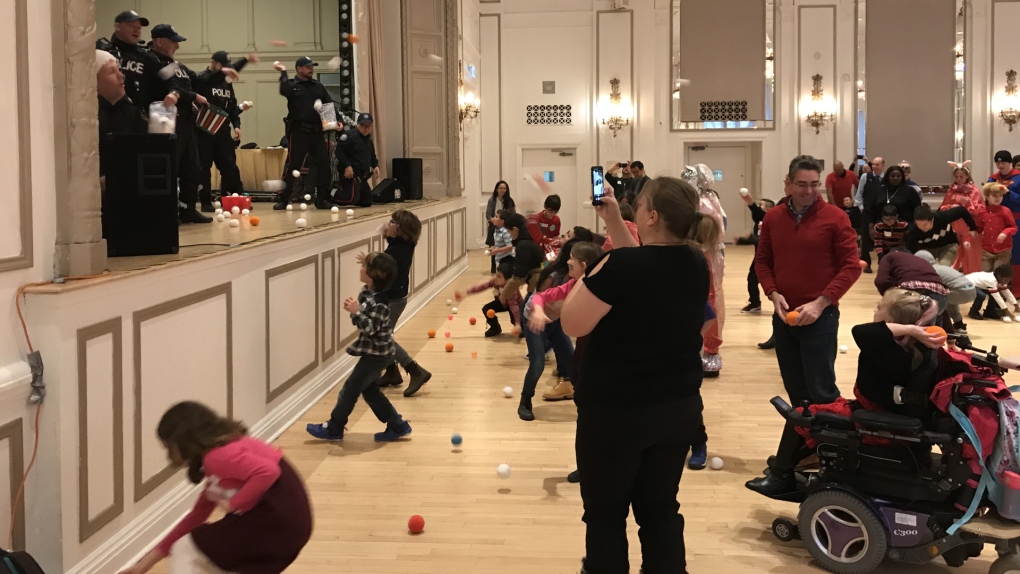 TORONTO -- More than 150 children and their families were celebrating the holiday season at The Rotary Club of Toronto’s Christmas party Sunday.

The 90th annual event took place at the Fairmont Royal York Hotel on Front Street. Since 1929, the club has held annual parties for physically challenged children during the holiday season.

One of the highlights, for most of the visitors, was a massive snowball fight, pitting police officers against the kids.

The battle lasted at least 10 minutes and children laughed and giggled in delight as they tossed the foam balls at the officers.

For eight-year old Steven Spice, who lives with an incurable brain condition, the snowball fight was a blast.

“I’m in the crowd, and throw stuff at people. Nothing like I usually get to do,” he told CTV News Toronto. 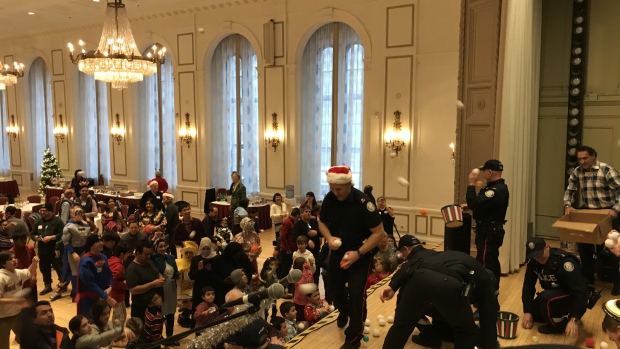 Spice’s mother Crystal said this is a day he’s been looking forward to since last year’s party.

“It’s a day that the kids get to forget that they’re actually sick,” she said. “For one day they get to celebrate and have fun.”

The club’s president Kevin Power told CTV News Toronto that it’s an event his team all look forward to as well.

“Our members look forward to this day each and every year. They enjoy putting in the time and effort to see the smiles on the kids’ faces,” he said.

Members of Toronto Police Service also volunteer their time to add some extra joy to the party.

“It’s a lot of fun, a lot of fun,” Const. Shane Murphy said. “Reminds me of being a kid, celebrating the holidays, having fun. Getting some kids to throw some snowballs at us, throw some at our officers as well.”

Santa Claus also made an appearance during lunch. He walked around the room, ringing his bells and stopping for hugs and pictures.

The children all went home with a photo of them with Santa Claus and a gift.