Downtown Toronto transit construction could generate delays of up to 29 minutes for years, report finds 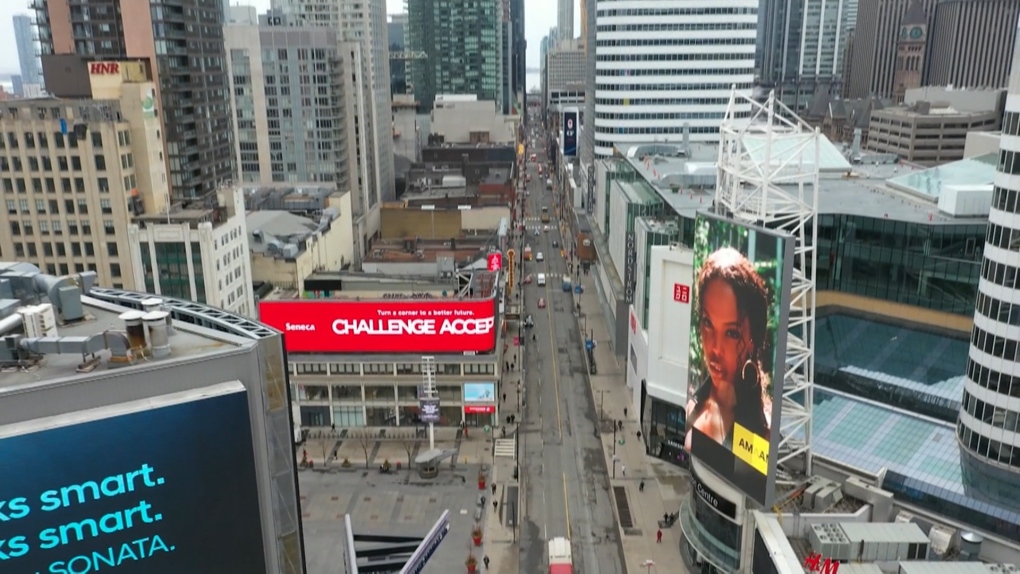 TORONTO -- Downtown gridlock is set to “significantly worsen” for the better part of the next decade as the construction of Ontario Line stations coincides with a number of major city-led infrastructure projects, a new staff report warns.

The report, which will go before Mayor John Tory’s executive committee next week, estimates that commute times along several downtown arteries could increase by as much as 29 minutes between 2022 and 2029 while construction on six new Ontario Line stations takes place.

Drivers along Richmond Street would see the biggest delays with the average journey time from Parliament to Bathurst streets going from 22 to 51 minutes during the afternoon peak.

Drivers, however, will also face significant delays on several other major east to west routes during the afternoon hours, including Adelaide Street (plus 24 minutes), Wellington Street (plus 23 minutes), Dundas Street (plus 14 minutes eastbound, plus 11 minutes westbound) and Front Street (plus five minutes).

Morning commute times will be impacted as well but to a lesser degree with delays of one to six minutes expected.

“While impacts will be seen, in general the network should operate satisfactorily in the a.m. peak period with both the city-led works and the Ontario Line closures. The greatest impact will be seen in the already congested p.m. peak period where congestion will increase further and vehicle journey times will be significantly impacted,” the staff report notes.

The biggest impact from the construction of the southern portion of the 15.6 kilometre Ontario Line will be at Queen Station, where there will need to be a full closure of Queen Street between Victoria and Bay streets to vehicular traffic from May 2023 to November 2027.

But there will also be a number of other lane and sidewalk closures in the vicinity of the other downtown stations - King-Bathurst, Queen-Spadina, Osgoode, Moss Park and Corktown – that could snarl traffic and making getting around the city a little more trying.

The list includes a reduction of University Avenue to one lane in each direction between Queen Street West and Armoury Street, starting in May, in order to accommodate work on a new platform underneath Osgoode Station.

The staff report says that the modelling is intended to provide a “worst case” estimate in which various city-led projects, including sewer rehabilitation work along Richmond Street and watermain replacement work along Dundas, Front and Adelaide streets, are conducted “concurrently” with the work on the Ontario Line.

It says that the delays related to the construction of the new subway stations specifically will only have an “incremental impact” on travel times, ranging from one to five minutes during the afternoon commute and as little as a minute on most routes during the morning commute.

“I think what the report was talking about is that we are looking holistically at all of the construction that could be underway during this time, whether it is the Gardner construction, whether it's Ontario line, whether it's other condos that are being built, and in totality there is a potential for up to 30 minutes delay because of all of those construction projects,” Metrolinx spokesperson Anne Marie Aikins told CP24 on Wednesday afternoon.

“So that is you know, that's the maximum potential for drivers. But we also have to think about pedestrians, making sure they have good safe, accessible access at all times. If you're a cyclist, we have to make sure that we meet all of those need and one of the most important groups is of course transit riders that are going through the Queen Street area so we're going to build a diversion for the Queen Street car ahead of time (on York Street).”

City staff are asking council to approve all of the road closures required for the construction of the first phase of the Ontario Line but they note that it is “expected” that some of the closures can be shorted or eliminated altogether due to a procurement process that incentivizes developers to “reduce the number and duration of road closures.”