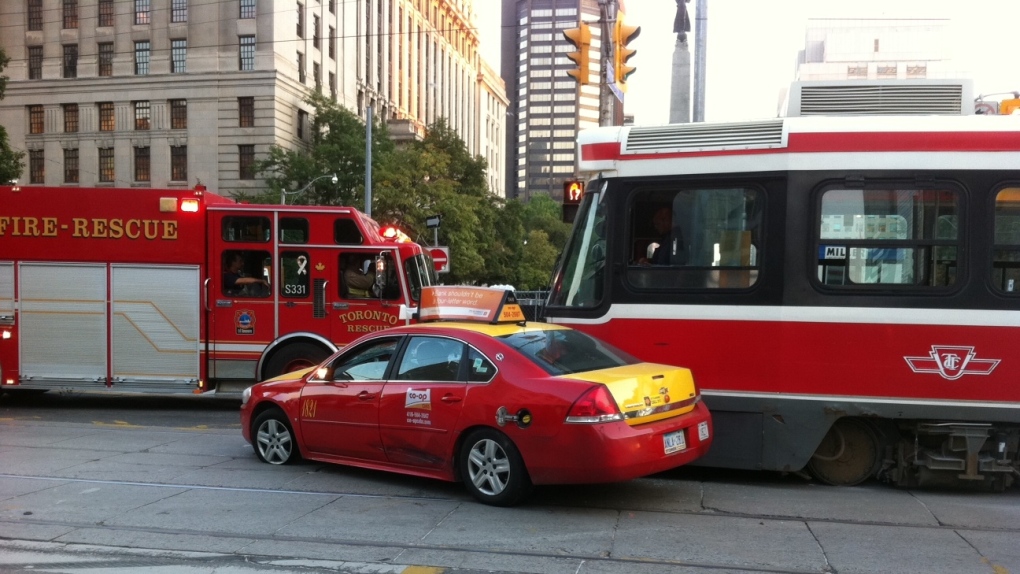 The collision occurred at the intersection of Queen Street and University Avenue at about 6 a.m.

It is believed the two cabs collided after one ran a red light, sending one of the vehicles spinning into the side of a streetcar.

The crash delayed traffic and streetcar access in the area for about an hour. Response crews have since cleared the scene and traffic has resumed in the area.