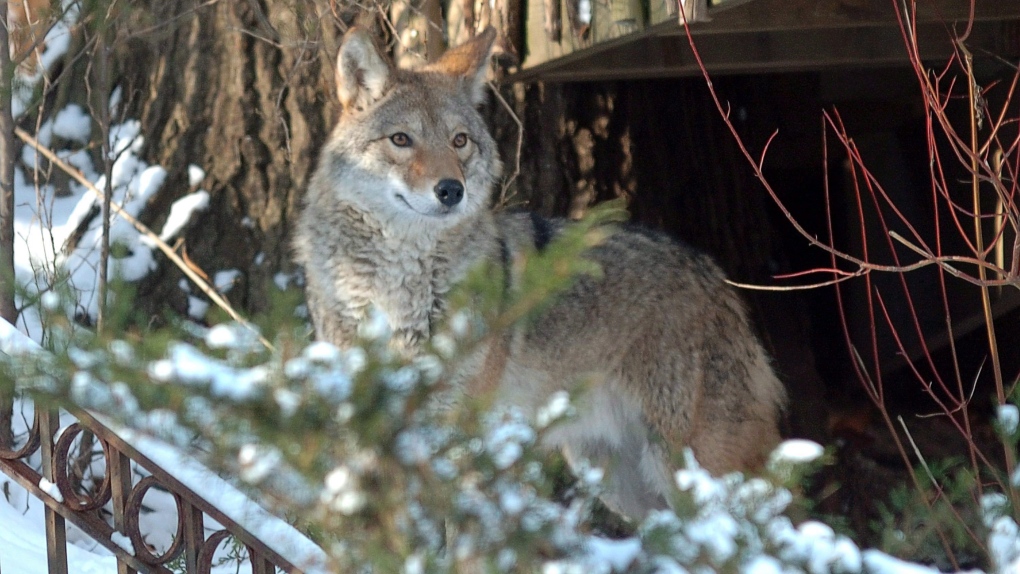 In this December 31, 2008 file photo, a coyote peers down from a backyard of the Neville Park ravine in Toronto. (THE CANADIAN PRESS/Silvio Santos)

Police are warning residents of a downtown Toronto neighbourhood to take precautions, after a large coyote was spotted Sunday night.

In a statement released Monday, police said they responded to a call about a coyote sighting in the Sackville Street and Carlton Street area shortly after 9 p.m. Sunday.

"Officers attended and located the coyote, but it ran off into the ravine near Wellesley Park," police said in a bulletin posted online.

As a result, people living in the area are advised to "use caution and never leave small children or pets unsupervised."

Other recommended precautions include:

In the event you spot the animal, police advise attempting to scare it away with loud noises and exaggerated gestures before contacting 51 Division at 416-808-5100 for assistance.

If the animal is not scared, police say you should retreat, slowly, without turning your back it.

According to Toronto Animal Services, coyotes are a normal part of the city's wildlife, but have been more active this year due to what had been, before Friday, a mild winter.