TORONTO -- One month after criticizing Justin Trudeau for calling an “unnecessary election” during the fourth wave of the pandemic, Ontario Premier Doug Ford congratulated the newly re-elected prime minister, adding that he will be on the “front line” making sure he fulfills his campaign promises.

“[The candidates] each fought hard for what you believe in, representing the diverse views of millions of Canadians,” the premier said at the beginning of a news conference on Wednesday.

“But after a difficult and divisive campaign … Now is the time to put our political differences aside and focus on the task at hand, navigating through this fourth wave of COVID-19.”

Ford said that he has spoken with Trudeau and that he will be working to make sure he keeps his election promises to the people of Ontario.

“Make no mistake about it, I’m going to be right in the front line of making sure that all those promises he’s committed to, he fulfills them.”

Some strategists have argued that with Trudeau back in the Prime Minister’s Office, Ford’s chances of re-election just got a bit easier.

“When Doug Ford has an opponent at the federal level, it makes his job a lot easier.”

When Stephen Harper was in power at Parliament, voters in Ontario tapped Liberals Dalton McGuinty and Kathleen Wynne to lead, but soon after the Trudeau government was elected in 2015, Ontarians turned to the Progressive Conservatives.

Ilafelice says that the opposition could give Ford some “traction in terms of his popularity.”

Congratulations @JustinTrudeau on your re-election. Now is the time for everyone on Team Canada to work together on our shared goals and priorities, while promoting much needed healing and unity.

The next Ontario election is slated for June 2022.

WHERE HAS FORD BEEN OVER THE PAST MONTH?

Ford, who is the leader of Ontario’s Progressive Conservative Party, has been relatively silent since the writ dropped on Aug. 15, with the exception of a single news conference on Sept. 1 in which he blamed the election for the province’s delay in implementing a vaccine certificate program.

After making the comments, which some have argued were political in nature, Ford said that he would not get involved in the federal election.

On Wednesday, his first news conference since Sept. 1, Ford reiterated that he has been absent from the public eye for that reason.

“I didn't want to get involved in this federal election,” Ford said at Queen’s Park. 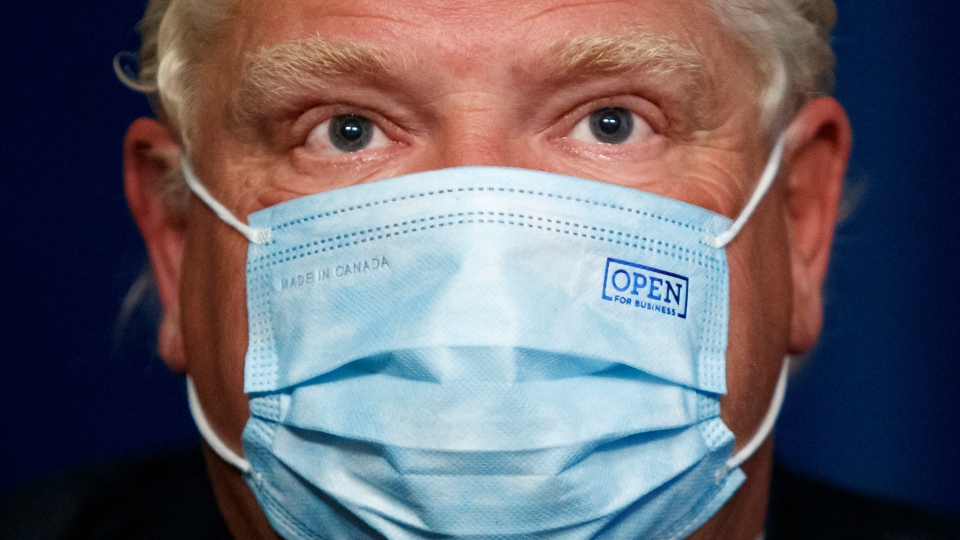 In the meantime, Ford said he has been working “around the clock” in Ontario’s fight against COVID-19.

“We're making sure that we're fighting the fourth wave , making sure we are taking care of the people, making sure hospital capacity is up to par and helping people, but there is not one day I stopped, I go 24/7,” he said.

Health Minister Christine Elliott was asked about the premier’s whereabouts during a news conference last week, to which she replied he had “been around.”

Although the federal election was held on Monday, the Ontario legislature is still prorogued until Oct. 4 and there are no apparent plans to return to Queen’s Park any sooner.