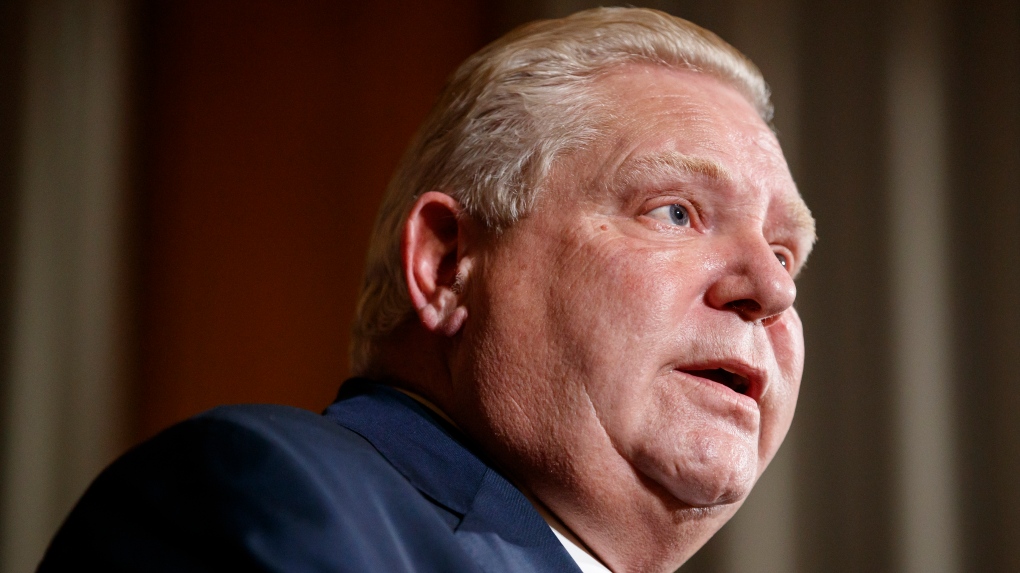 Ontario Premier Doug Ford says neither he nor his Progressive Conservative caucus members will be endorsing anyone for the leadership of the federal Conservative party.

When asked about it Tuesday at an unrelated announcement in Brampton, Ont., Ford said both he and the people in his caucus have their hands full supporting the people of Ontario.

One of the candidates for the Conservative leadership is Brampton Mayor Patrick Brown, who was the leader of the Progressive Conservatives before Ford.

Several of the people in Ford's caucus were serving members of provincial parliament at the time of Brown's leadership, but the majority had supported current Health Minister Christine Elliott for the top job, and did not stand by him when scandal ended his time as party leader.

Sexual misconduct allegations, which Brown denies, were published months before the 2018 election by CTV, which recently resolved a defamation suit Brown launched over the story.

Another leadership candidate is Roman Baber, who has been an independent member of the Ontario legislature since January 2021, when Ford kicked him out of the Progressive Conservative caucus after Baber voiced his opposition to COVID-19 lockdowns.

This report by The Canadian Press was first published March 15, 2022.

Author Salman Rushdie on ventilator after stabbing, may lose an eye

\Salman Rushdie remained hospitalized Saturday after suffering serious injuries in a stabbing attack, which was met with shock and outrage from much of the world, along with tributes and praise for the award-winning author who for more than 30 years has faced death threats for his novel 'The Satanic Verses.'

Iranians reacted with praise and worry Saturday over the attack on novelist Salman Rushdie, the target of a decades-old fatwa by the late Supreme Leader Ayatollah Ruhollah Khomeini calling for his death.

Ukraine's health minister has accused Russian authorities of committing a crime against humanity by blocking access to affordable medicines in areas its forces have occupied since invading the country 5 1/2 months ago.