TORONTO -- Premier Doug Ford slammed Prime Minister Justin Trudeau once again on Thursday for not implementing more restrictions at the border to prevent COVID-19 variants of concern from entering the country.

During a news conference Thursday afternoon, Ford said Trudeau is accountable for “two things” in response to the pandemic, securing vaccines and securing the border.

“Justin Trudeau is responsible for two things only through this whole pandemic is to make sure we have enough vaccines, and we saw what happened there. Now we're getting a few more vaccines which is good, we're grateful for that and we're getting them out. And to make sure we secure the borders, and it's just not happening,” he said.

Ford said the “weak and porous border measures” will threaten the progress the province has made in combating the third wave of the virus.

“The reality is existing border measures have failed to keep the contagious variants out of Canada. The evidence is clear, we know it, and they know it,” he said.

“The federal government needs to step up and do what's right and what's necessary. Simply put, it's their job and they need to do it,” he added.

In an effort to continue driving down cases, Ford announced on Thursday that the provincewide stay-at-home order will be extended by another two weeks until at least June 2.

Ford’s remarks come after four letters were sent from his government to Trudeau and federal officials outlining the need to enhance border restrictions, as COVID-19 variants continue to spread abroad and within the country. 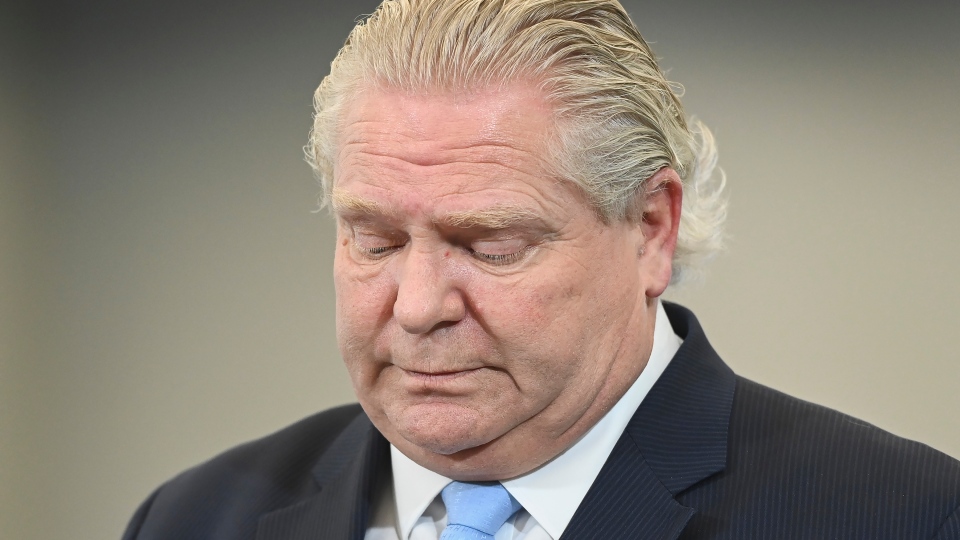 Earlier on Thursday, Trudeau reacted to Ford’s latest letter on CP24 and said he’s “frustrated and disappointed” with the premier.

“I find it kind of frustrating and disappointing that the province is still trying to point fingers,” he told CP24.

“We're there to continue to support Ontarians through this difficult time in whatever ways are necessary. It's just unfortunate that Doug Ford continues to play politics.”

Trudeau said the federal government has stepped up to reduce international flights coming into the country and has been open to working with Ontario to enact further restrictions.

He also noted that he spoke with Ford and other premiers two weeks ago about implementing more specific limitations at the border but never received details from Ontario about who to apply those restrictions to.

“They never told us. We started working with them the very next day, they still haven't said what categories they want to restrict, how they want to reduce international arrivals,” he added.

Ford’s latest letter, sent on Wednesday, comes after weeks of back and forth letters between provincial and federal officials.

The letters pointed out three requests for enhanced measures at the border, including:

In Ford’s latest letter, he noted that 40 domestic and 24 international flights that landed at Toronto Pearson International Airport in the past two weeks had confirmed COVID-19 cases on them.

Ford also said today that his government has seen reports that over 88,000 travellers, about 1/3 of travellers on international flights, have been able to bypass the mandatory three-day hotel requirement. 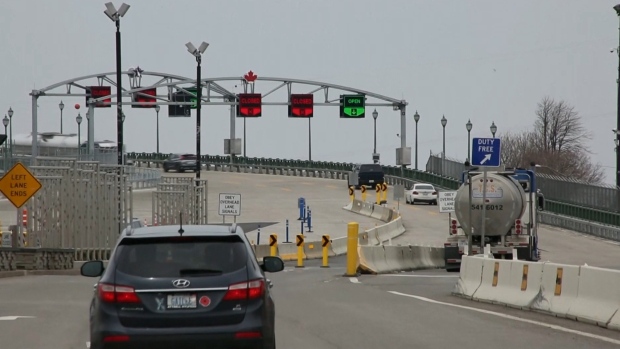 In response to rising case counts, last month Ford announced that the province would prohibit non-essential, interprovincial travel by setting up checkpoints at its land borders with Quebec and Manitoba.

The federal government also imposed more limitations at the border on Apr. 22 by suspending flights from India and Pakistan for at least 30 days, as cases, specifically the B.1.617 variant of global concern, continue to rapidly spread in those countries.

Last week, Canada’s Intergovernmental Affairs Minister Dominc LeBlanc responded to Ontario’s letters and said Ottawa has not received any formal requests about what action Ontario wants implemented at the border.

During today’s news conference, Ford said the federal government has created a “two-tier quarantine system,” referring to the mandatory hotel quarantine for travellers on commercial flights and no restrictions for those who travel through private means.

Intensive care physician at Toronto’s Michael Garron Hospital Dr. Michael Warner reacted to Ford’s comments and said most of his COVID-19 patients did not catch the virus while travelling.

“Of the > 30 people I have seen die of #COVID in ICU and >100 I have treated with this disease, none had returned to Canada on a private plane...or any plane for that matter. Most got #COVID at work, from a close contact or due to lack of access to timely vaccination,” Warner tweeted Thursday afternoon.

Ontario NDP leader Andrea Horwath also responded to Ford’s border comments and said he is deflecting the blame onto the federal government.

“I want to say that it shocks me that the premier can claim that this is about mobility when we have workers who are non-essential that are going to work,” she said.

“I think people realize that the problem we have in Ontario is our own premier making the wrong decisions but he doesn’t want to acknowledge or admit that so he’s deflecting the blame onto everybody that he can,” she added.

While the numbers for infection sources vary from region to region, data from Toronto Public Health indicate that 0.6 per cent of COVID-19 cases in the city have had a confirmed link to travel since August of 2020.