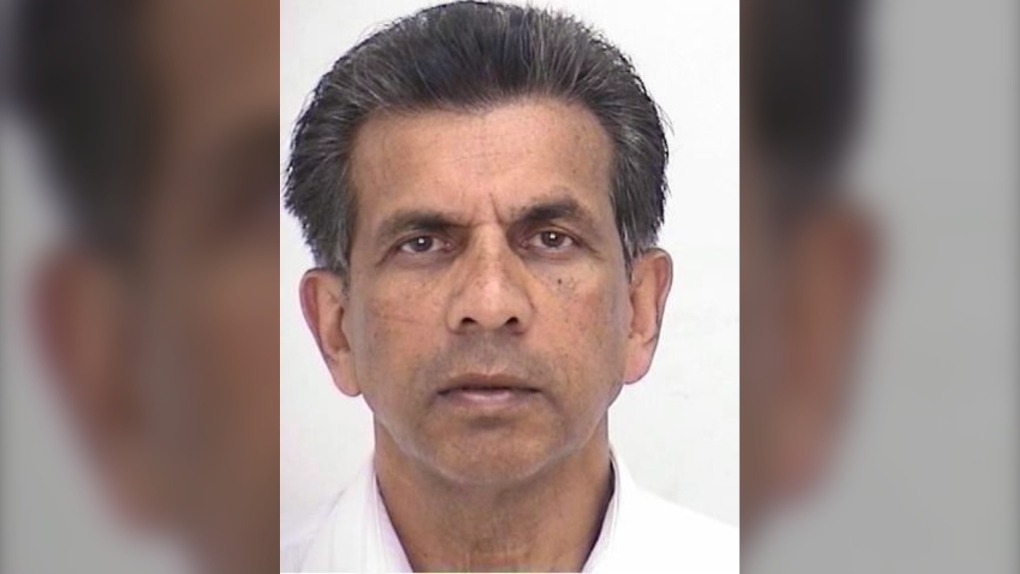 George Doodnaught is seen in this photograph. (Toronto Police Service)

TORONTO -- An anesthesiologist who sexually assaulted 21 sedated women during their surgeries at a north Toronto hospital will serve the remainder of his sentence in the community but is barred from contacting any of his victims.

The Parole Board of Canada is also requiring that Dr. George Doodnaught follow a treatment plan for sexual deviancy and report any relationships with women while on statutory release.

Since his crimes were carried out in the workplace, the board says Doodnaught must also obtain approval from his parole supervisor before seeking or engaging in any paid or volunteer work.

In a written decision issued this week, the board says the doctor also is prohibited from going into Durham Region and part of Toronto.

Statutory release is the process under which federal offenders who have served 2/3 of a fixed-length sentence are allowed out of prison under supervision. It does not end their sentence, but instead allows them to serve what is left of their sentence in the community.

Unlike full and day parole, statutory release isn't determined by the parole board but is laid out under law.