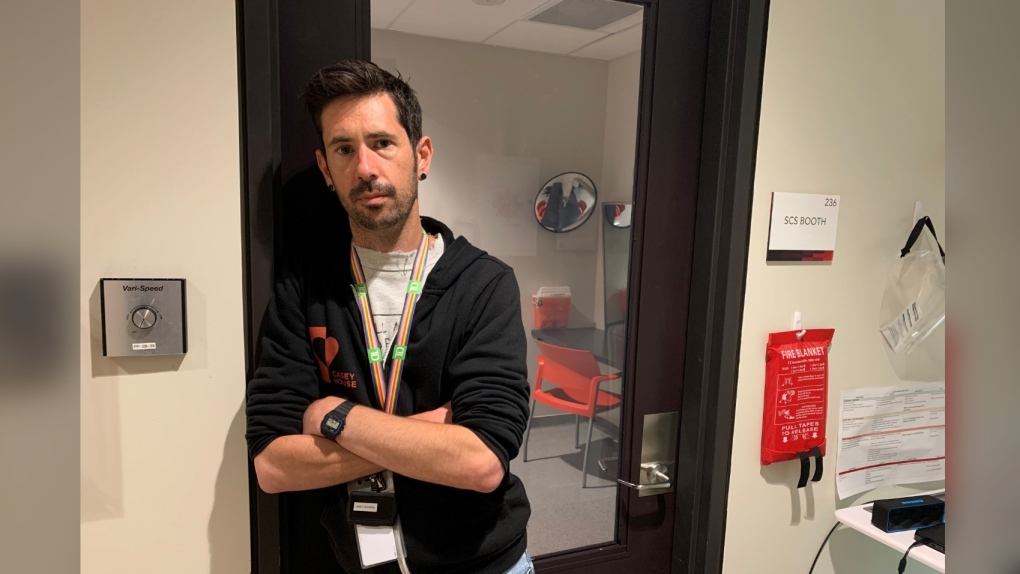 Last spring, Toronto’s Casey House opened its second supervised consumption site (SCS), one for outpatients that has purpose-designed room for people who choose to smoke their drugs.

More than four months later, this well-ventilated space, which was constructed at the request and with the input of the hospital’s clients/patients, has yet to be used.

“We’ve been in talks with the province about how to set out the guidelines to get it open. … We really want to move forward on this,” Casey Schapel, Casey House’s harm reduction coordinator, told CP24.com.

“If we can get it open it’ll be a lot safer for the people we serve.”

Schapel said currently, when staff are available, they step outside to keep an eye on patients who choose to inhale their substances. It’s not an ideal situation, he admitted.

“This results in splitting resources. We can’t 100 per cent keep an eye on those inside,” he said, adding if someone smoking drugs overdoses outside the time it takes for staff to respond is much longer.

“Having an inhalation site would actually make it safer for our patients and our staff.”

Just last month in the city, 10 people died of an overdose within in a five-day span after reportedly smoking drugs prompting Toronto Public Health to issue an alert.

Simons said the hospital has also learned through its clients and community members that having the “ability to safely inhale substances is very important” to them and that’s why with their new outpatient SCS they sought a Health Canada exemption specifically for safer inhalation and built a booth for it.

“We are working towards offering this life-saving service as soon as possible,” she said.

Proportion of overdose deaths linked to smoking opioids has risen

Currently in Ontario, the provincially-funded Consumption and Treatment Services (CTS) program does not include supervised inhalation services.

Casey House, however, does not rely on money from the province to run its SCS and could offer supervised inhalation if it is “in compliance with other applicable federal, provincial and municipal legislation to maintain public health and public safety,” Natalie Mohamed, a spokesperson for Health Canada/Public Health Agency of Canada, told CP24.

At this time, there are no supervised consumption sites in this province that provide inhalation services.

Any organization that wants to offer supervised consumption services in this country must have an exemption under Section 56 of the Controlled Drugs and Substances Act (CDSA) to operate.

Epidemiologist Dr. Tara Gomes, the lead principal investigator of the Ontario Drug Policy Research Network, said it’s hard to quantify how many people who use drugs in Ontario choose to smoke them.

Instead, Gomes told CP24 that she and her team look to data from the Office of the Chief Coroner/Ontario Forensic Pathology Services to form a better understanding of how drugs are consumed when a person dies of an overdose.

The latest data from the Ontario Coroner’s Office found those who died from “smoking opioids” represented 30 per cent of Toronto’s 164 accidental opioid toxicity deaths between April 1, 2020 and March 31, 2021. All of these “opioid toxicity deaths” had evidence of smoking drugs and represented a 43 per cent increase in the proportion of overall overdose fatalities in Toronto compared to 2019 and a 178 per cent spike in overdose deaths with only evidence of pipe or foil present.

Researchers noted that just over one-third of overdose deaths in Ontario during the pandemic appeared to be the result of inhalation drug use, compared to 22.5 per cent pre-pandemic.

“Regardless of whether the pandemic is specifically driving this change, the rising prevalence of inhalation as a predominant mode of drug use suggests a need for tailored harm reduction services – including supervised inhalation services – across Ontario,” the report said.

Gomes said she and her team are currently part-way through a study focusing more closely on modes of drug use among people who die of a drug overdose.

“I don’t have much I can share specifically on that right now except to say that the patterns we saw in that earlier report are holding in that among those who have a fatal overdose, inhalation is increasingly common,” she said.

“I think that this definitely speaks to the need for us to consider how existing harm reduction services are designed and find opportunities to expand the services provided to take into account creating safe spaces for people to inhale drugs. This has been something that we’ve been increasingly calling for as we’re seeing these patterns.”

Over in Leslieville, the South Riverdale Community Health Centre (SRCHC) has operated a provincially-funded supervised consumption site called keepSIX since late 2017. There, people who use drugs can inject, snort or orally consume their substances in a clean, safe environment under the supervision of trained staff.

One of the services, the centre wants to start offering as soon as possible is supervised inhalation, but that can only happen if the province provides funding to renovate their space and hire more staff.

Paula Tookey, keepSIX’s program manager, said over the last two years she and her team have seen a “consistent increase” in requests from community members for supervised inhalation at their site.

If staff are available, they can sometimes accompany someone outside to supervise them as they smoke their drugs, but for many reasons they’d rether offer in-house services, she said.

Tookey, who has worked directly with people who use drugs in downtown Toronto for 30 years, said those who are new to consuming opioids and other substances usually start by smoking them. She said that smoking drugs is less invasive and poses a lower risk of infections and other related illnesses than intravenous drug use, but that method is certainly not without risk.

“I’m seeing more infections that ever before,” Tookey said, adding having supervised consumption sites in Ontario that offer inhalation services would give people more options.

She also said not providing supervised inhalation services excludes a large chunk of the population, who staff could help access other essential programs, services, and referrals.

“(Supervised inhalation) is something that is necessary. It’s just a matter of figuring out the logistics,” she said, adding that while some may see providing people with safer places to consume illegal drugs as a “bit of a radical idea,” the services save lives.

“One of the worst thigs about the drug poisoning crisis is how much potential has been lost, all of the young people who have died needlessly.” 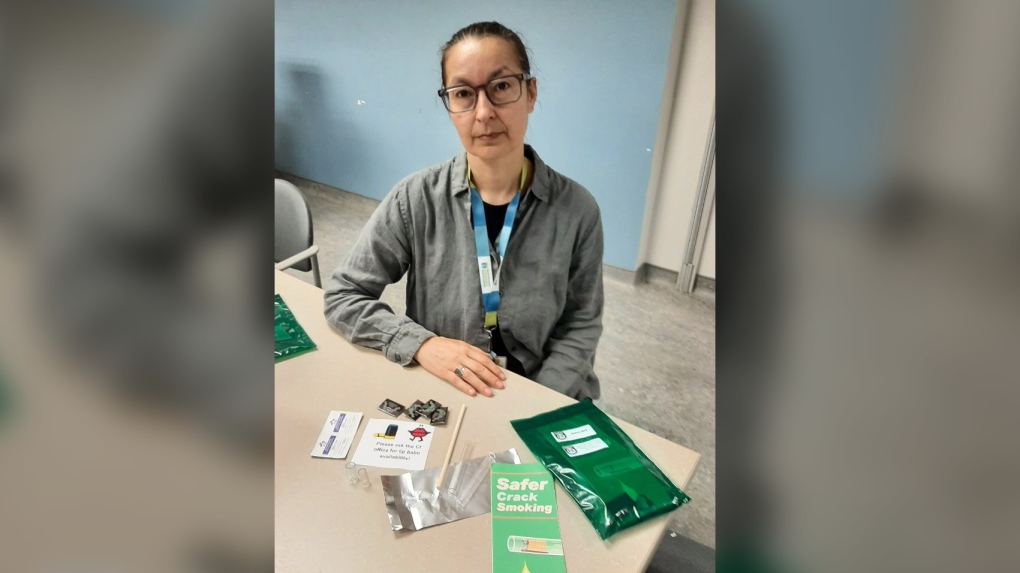 Kate Mason, SRCHC’s research coordinator, said she reached out to the province late last year about how the east-end centre would go about offering supervised inhalation, but said it could be a long road as exactly what’s required is a bit unclear.

“We’re building the plane as we fly it,” Mason said, adding the requirements and expectations vary in each province, but typically have to do with ensuring the health and safety of staff and patients/clients.

Once all of those details are ironed out and if Ontario decides to allow inhalation at its provincially-funded supervised consumption sites, Mason said SRCHC will go back to Health Canada to request inhalation be added to their CDSA exemption.

CP24.com reached out to the provincial government several times for clarity on this issue, but did not receive a response.

In the meantime, the harm reduction team at SRCHC will be touring Casey House’s new inhalation space later this month to learn more about it as they continue to push for this additional service.

DYK ppl who smoke drugs can experience a #overdose. If you smoke drugs, see ⬇ for tips to reduce a drug #overdose:
🔍Get your drugs checked before using
⏲️Pace yourself & take breaks
👬Use w/someone you trust who can help if you go down
✅Carry naloxone pic.twitter.com/0CRNqVo0QS