Despite arrests, an illegal cannabis dispensary in Toronto is still selling 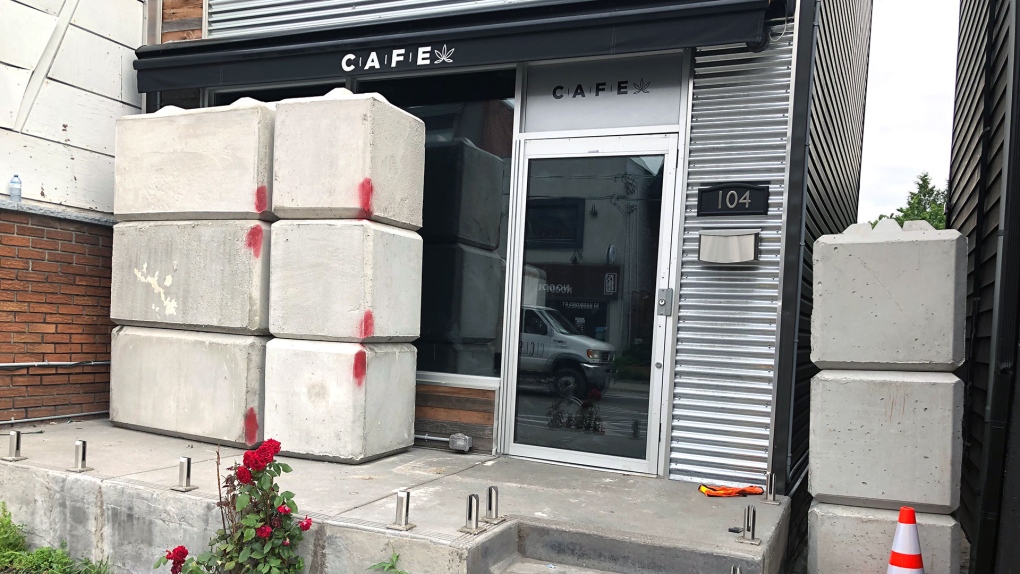 TORONTO -- Despite police raids, cement barriers blocking the entrance and arrests, a popular illegal dispensary chain continued selling products on Tuesday by moving its business outside.

A small crowd formed outside one location of Cafe cannabis dispensary. Seven volunteers held signs, handed out water, and asked people to sign a petition for open cannabis access as they filled marijuana orders one by one. The volunteers declined to be interviewed.

Toronto police Const. Jeniffer Sidhu said 18 people were arrested over the weekend at different Cafe locations in the city. The first nine were charged under provincial law, while the rest were charged federally under the Cannabis Act, she said.

"We have upped it in the sense that the penalty is more severe," Sidhu said on Tuesday. "It's not so much enforcing (against) the people purchasing at this moment, it's much more the people selling it on the street."

Cafe has a chain of four dispensaries in Toronto. The stores made headlines last week when the city placed heavy cement blocks to bar access after months of trying to keep them from reopening. Store proponents removed the blocks overnight.

A spokesman for Cafe called the government's response disproportionate and "embarrassing."

"Torontonians cannot find reasonable dignified access to cannabis and cannabis derivative products, even though it has been made legal," David Shuang said in an email. "Tens of thousands of people rely on us for consistent reliable service each week for products and services that they cannot find elsewhere."

On Sunday, police arrested nine people outside another Cafe dispensary, including a 16-year-old boy. Police said they were alerted to the location by complaints from residents. Officers said all nine face multiple charges, including possession and distribution of illicit cannabis.

The city said more than 70 charges have been laid against the chain since November.

Brett Innis, 27, who lives near one of the stores, said on Thursday that he started buying when it first opened several years ago for himself and family members, including for his grandmother, who he said had cancer. He called the Cafe closures an "absolute travesty."

He said members of his family as well as other older people he knew began purchasing from Cafe out of fear that buying from the government could lead to higher life-insurance premiums. Innis also said the province's Ontario Cannabis Store supplied him with poor quality marijuana.

"People don't want to wait three to five days from the government to deliver their cannabis and then have something wrong with it, and then have to go through all the back channels to get the answers and the money refunded," Innis said.

"There was an exemption so that police would not be able to institute an interim closure in respect of a premises if the premises were also a residence," Jordan said.

Police said Cafe employees were going to extraordinary lengths to continue distributing their products, including bringing in machinery to remove the cement blocks.

"It's not licensed and they're operating illegally, so anybody buying anything from that particular dispensary is supporting organized crime," Sidhu said. "The moment you take it outside on the street, that's a street drug deal because it's not licensed, it's illegal."

If Cafe does close permanently, Innis said he'd rather find another illegal dispensary than buy from the government store.

"(The Ontario government) increased the black market by coming out with inferior products," Innis said.