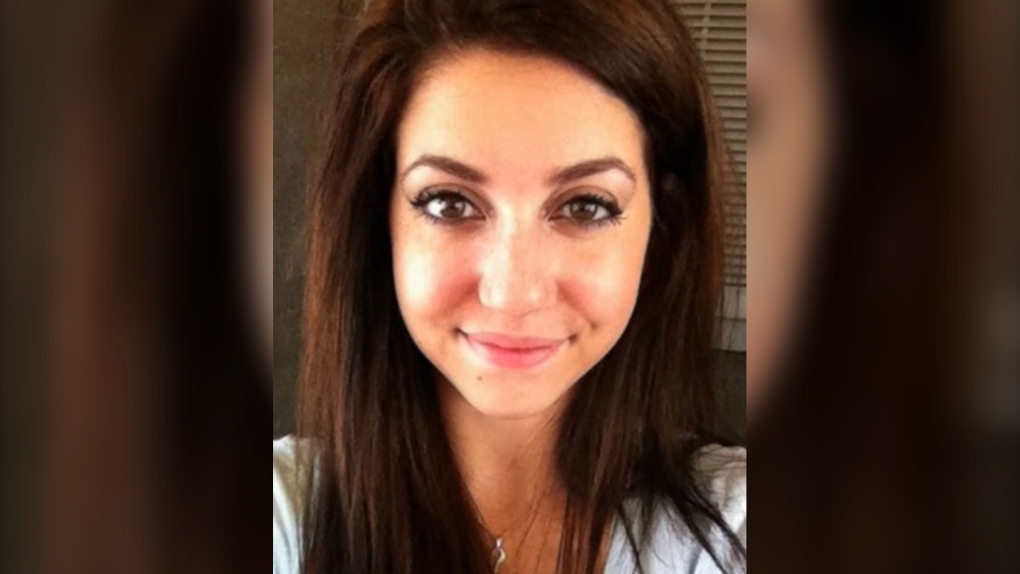 Tess Richey is seen in this undated photo. (Facebook)

TORONTO -- Lawyers for a Toronto man accused of strangling a young woman more than two years ago are drawing attention to another man seen in the area that night.

Defence lawyers for Kalen Schlatter raised questions Friday about a man dressed in a hooded winter coat and light pink trucker hat who also appears in some security videos from the area where Tess Richey was last seen on Nov. 25, 2017.

In a few clips, the man can be seen crossing paths with Schlatter, Richey and her friend as they walk in Toronto's Church and Wellesley neighbourhood in the early hours of the morning.

The defence focused on his movements in their cross-examination of a Toronto police homicide detective who reviewed hours of footage from a number of security cameras as part of the investigation.

Det. Stephen Matthews said the man was last captured on any camera around 3:39 a.m. and appeared to be walking towards his home.

Court has seen video of Schlatter and Richey that was recorded roughly half an hour later.

Richey, 22, was found dead in a stairwell in the area days after she failed to return from a night out with a friend.

Schlatter was arrested months later and has pleaded not guilty to first-degree murder. 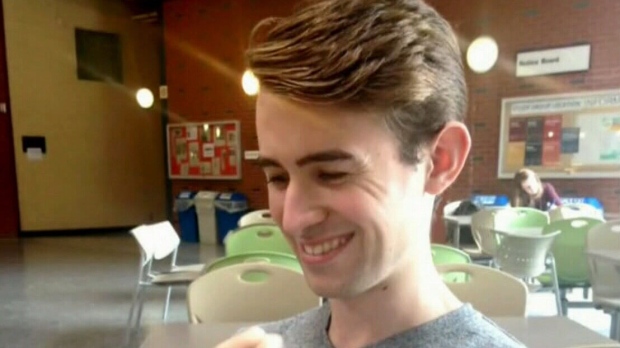 Prosecutors allege he sexually assaulted and killed Richey, a woman he had just met, after she rejected his advances.

Jurors have spent several days watching security videos taken that night at a number of locations in the neighbourhood, including a club where Schlatter, Richey and her friend Ryley Simard spent part of the evening.

The two women did not interact with Schlatter inside the club but Simard can be seen speaking to him briefly outside after all three left the venue.

On Thursday, court saw footage that showed Schlatter and Richey walking together at 4:14 a.m., heading into an alley towards the area where her body was later found.

The video shows Schlatter come out of the alley alone roughly 45 minutes later.

Matthews, who examined the video, told the court Thursday he watched for at least two hours after that and did not see anyone going to or from that area, nor did he see Richey emerge.

Court previously heard from an undercover police officer who said Schlatter confided in him about going into a secluded area with Richey to "hook up." Schlatter said he left Richey alone -- and alive -- after she refused to have sex, the officer testified.

Prosecutors have said an expert will testify that Schlatter's DNA was found on Richey's pants and inside her bra.

This report by The Canadian Press was first published on Feb. 21, 2020.