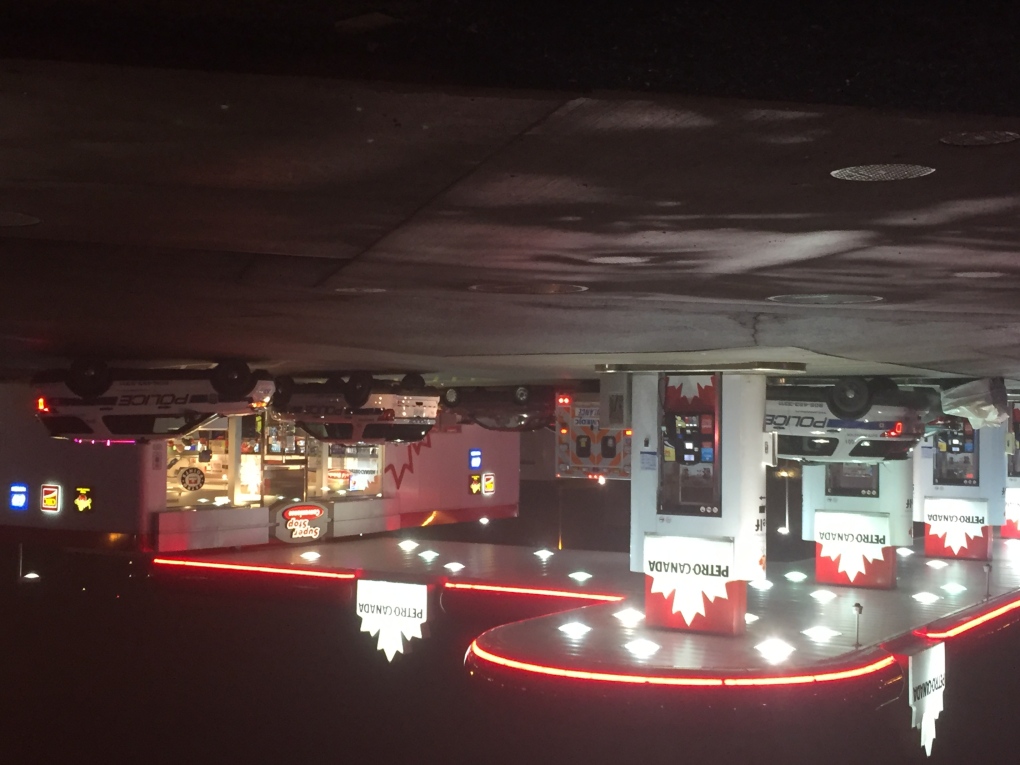 Police vehicles are shown at the scene of a suspicious death in Brampton. (Mike Nguyen)

The death of a woman who was found in the bathroom of a Brampton gas station with a knife wound is considered suspicious, police say.

Officers were called to the Petro Canada gas station on Main Street south of Steeles Avenue at around 1 a.m. following the discovery of the body.

According to police, there are “suspicious circumstances” surrounding the woman’s death and a post-mortem examination has been ordered.

Police say they are not seeking any suspects at this time.

The victim is believed to be a woman in her 40s.