TORONTO -- Investigators have determined that the deadly fire at a North York high-rise apartment building was accidental, saying it was caused by a space heater that was too close to combustibles in an eighth-floor bedroom.

The Office of the Fire Marshal confirmed the cause of the Nov. 15, 2019 fire at 235 Gosford Boulevard that killed one person and injured six others in a news release on Tuesday.

“This tragic fire reinforces the need for those who live in high-rises, and other occupancies where tenants live, to learn what to do if a fire occurs in your building,” Ontario Fire Marshal Jon Pegg said. 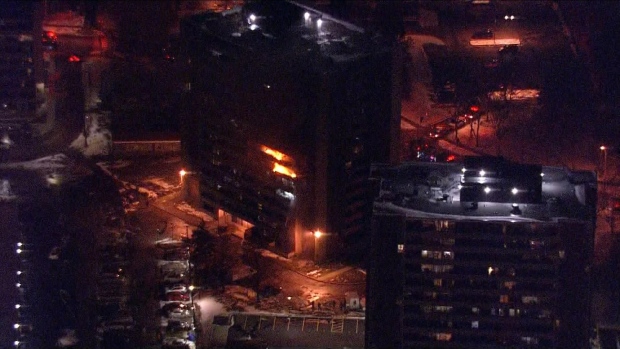 “Learn about the fire safety features in your building and the emergency procedures outlined in the building’s fire safety plan. This includes knowing the locations of exit stairs from your floor in case the nearest one is blocked and evacuating if you hear a smoke alarm.”

The fire marshal found that several other factors also played a role in the tragic outcome at the 15-storey building.

The fire marshal office said that when the battery-operated smoke alarm in the apartment activated prior to the fire being discovered, it was dismissed as false.

The agency also noted that when the occupants of the unit discovered the fire, they attempted to extinguish it themselves instead of evacuating and calling 911.

The fire department was only notified once a smoke detector in the eighth-floor common area activated the monitored alarm system, the office said. By the time fire services arrived, the fire marshal office said that the fire conditions were such that survival of the occupant and rescue by the firefighters was not possible.

The victim who died was identified by family as 57-year-old Nam Tu Huy Vu.

The son of a family friend, who was staying at the unit, told CTV News Toronto that Vu got out of the unit during the fire but went back in, possibly to get something.

A team of six investigators were assigned to the case to look into the cause, origin and circumstance of the deadly fire, the fire marshal office said.

The death caused by fire was originally described as suspicious, but police later clarified that there was nothing leading them to believe anything criminal occurred. 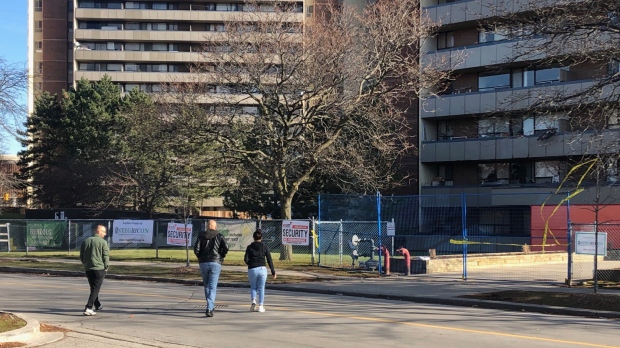 The fire left 700 people displaced, but in December residents started moving back in as more than 70 units were cleared for re-occupancy, despite initial warning that it could take months.

Some residents, however, have chosen not to return home due to concerns about whether all health and safety issues were being properly addressed.

In December, city engineers also said twelve units still required significant repairs before they could be re-occupied, which could take several months.